The Young Ones: The 'Fifth Housemate'

I have been rewatching The Young Ones for the umpteenth time and have done something I have always wanted to. Despite my mother always saying I lacked application (you only have to interest me, that's all it takes, although she is right that I am not built for long-term consistent attention so would never ever have a PhD) I have watched them very attentively and I *think* I have spotted every appearance of the famous Fifth Housemate.

Who? She is an apparently female character with brown hair/wig and a brown poncho or drug rug, seen in the background of every first series episode. According to t'internet she was played by different people however when you catch a glimpse of her wrists they do actually look like a woman's wrists. It's impossible to tell if I've got all of them because she has never been acknowledged, however I think I've spotted some appearances that aren't widely listed online and if you know of any others of course you're very welcome to put them in the comments. 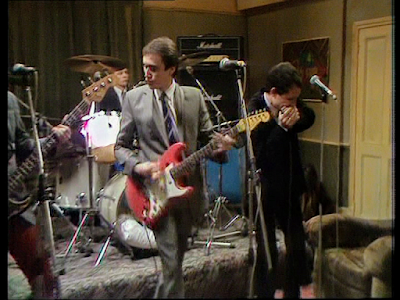 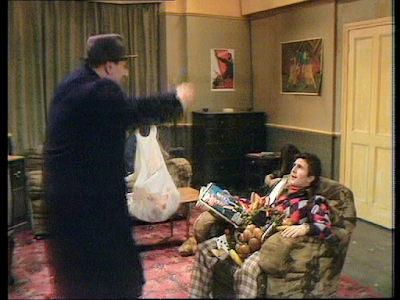 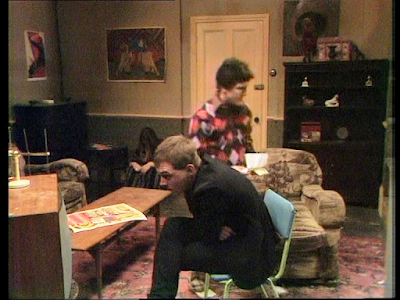 Demolition: She is sitting on the floor on the right side of the living room against the green wall, and is there for the extended scene in the living room. 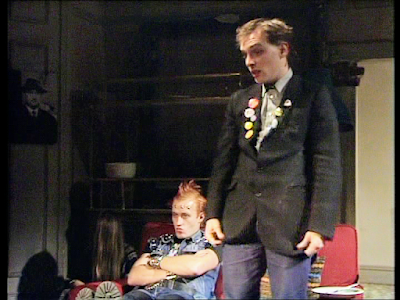 Oil: She makes two appearances: the first, in the corner behind Vyvyan, has been widely noted. 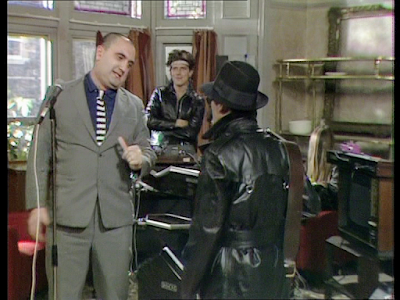 But I'm not sure the second appearance, on the right hand side of the room again, is much documented. 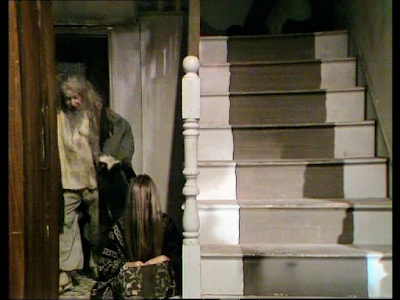 Boring: She makes two appearances: the first sitting down the side of the stairs has been widely noted because it is immediately at the beginning of the episode. 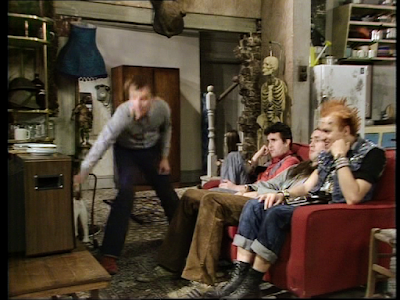 The second is later and she looks as if she is sitting in pretty much the same place still. 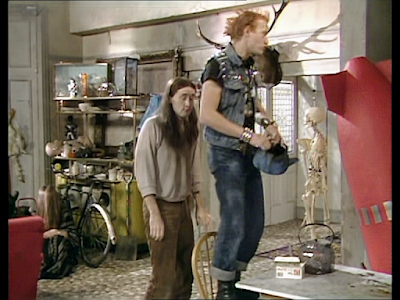 Bomb: She is in the background to the left of the picture as Rick and Vyvyan do their thing with the teapot. 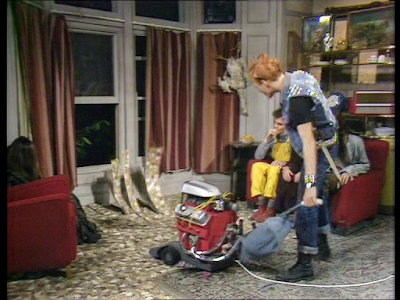 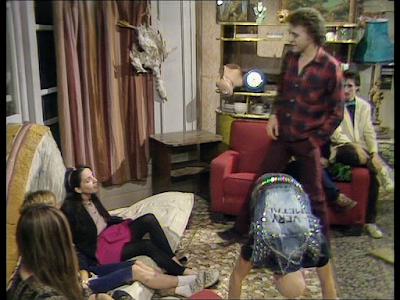 Interesting: Two appearances again. She's definitely a housemate rather than a guest because she's in the background as Vyvyan 'vacuums'. Although she doesn't pay rent because in Demolition when Neil kills himself, Rick comments that that's put the rent up by a third rather than a quarter. 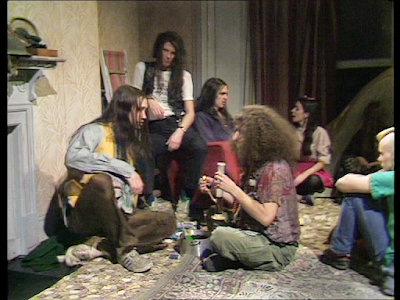 But she stays for the party although remains in the background with her hair over her face. This is after Neil comes back into the house and she has moved position slightly, nearer the window. 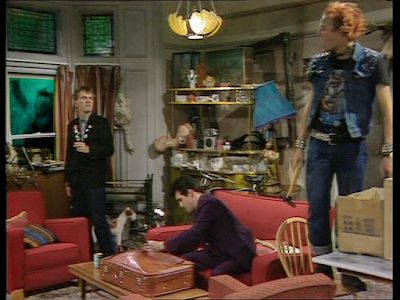 Flood: She is seen swimming or floating past the window several times. 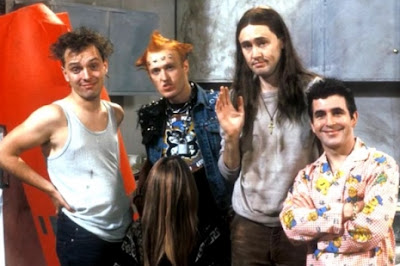 And here is a rare picture of all five housemates together.

So there you have it. Every appearance, at least that I have noticed, of the mysterious Fifth Housemate. If I've missed any please put them in the comments! 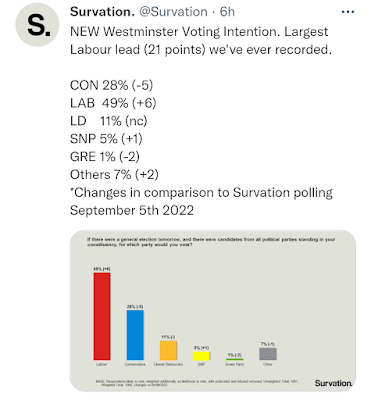 This blog is mirrored at culttvblog.blogspot.com and culttvblog.substack.com. If you want to support me and this blog, you can buy me a coffee or a box set at ko-fi.com/culttvblog.
80s TV The Young Ones