Showing posts from January, 2020
Show All

Dr Who: Terror of the Autons

High time we had some more Who. This one features Jon Pertwee with the Master, of course one of the Doctor's greatest enemies. The premise of this one is relatively simple, but tends to become complicated when it is explained. The Master gains access to Nestene intelligence which allows anything plastic to become dangerous. It's really as simple as that. You can get as sci fi about as you like. But of course that is not how I would approach it - the premise of dangerous plastics allows endless japes, like murderous toys, deadly flowers and chairs which eat people. Oh, and plastic police officers. You can approach this one as horrifying if you want - in fact it was given in Parliament as an example of how children's television had become scary - but watched as an adult, it is a jolly romp. This Who calls in a feature of the TV of the sixties which I bang on about here - the ambivalence about the bright new scientific future which was otherwise all the rage at the time.
Post a Comment
Read more 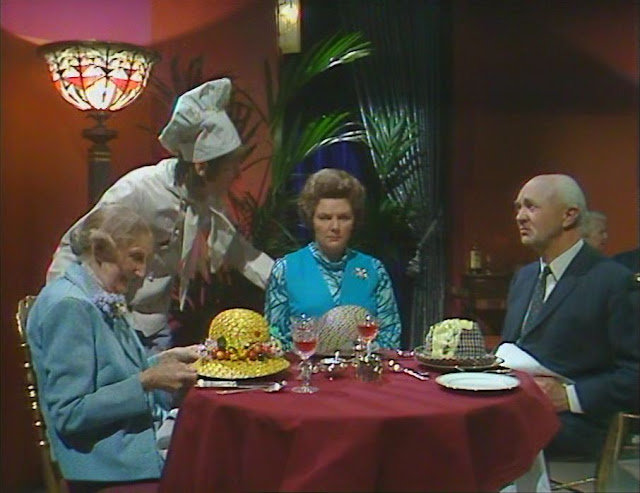 This was very nearly a post about Tales From Fat Tulip's Garden, which is a delight and which I remember the first time round, although I was probably older than its intended audience. Tony Robinson (Baldrick), dissatisfied with the quality of story telling around at the time for his own young children, tells stories in a gorgeous listed house and garden. You can read about this show at the Curious British Telly blog  here  and here  and about the sad story of the house  here . I would recommend the show to children of any age. Also in my current viewing heap is the TV series Billy Liar, which I have seen before and for some reason didn't take to. On revisiting it I have come to the conclusion that this show is also a delight. The Billy Liar meme lasted for a good couple of decades after the initial novel, about a terminally dreamy young man came out and encompassed film, play, sequel and this TV series. The idea is very simple, Billy Fisher leads a humdrum life still living
Post a Comment
Read more
More posts