Showing posts from September, 2021
Show All

I really don't think this Avengers is a favourite with the fans and I'm not going to beat about the bush, I can see why. It lurches too far into the realm of slapstick for most people, has a plot which can only be described as labyrinthine, and includes enough gimmicks for three normal episodes. I'm not going to try to redeem it but as is my wont, have a few opinions to pass. Right at the beginning when the secretary drives off the grey car she drives off in is a significant part of British motoring history. It is badged as a Morris 1100 with a 1965 registration and is part of the  ADO16  range produced by the British Motor Corporation and later British Leyland. These were the best selling cars in Britain for most of the 1960s and in the Fawlty Towers episode where Basil gives the car a damn good thrashing, it's an ADO16 he does it to. Bizarrely they were designed by Sir Alec Issigonis who came up with this clunky design despite also designing the permanently curvaceous
4 comments
Read more 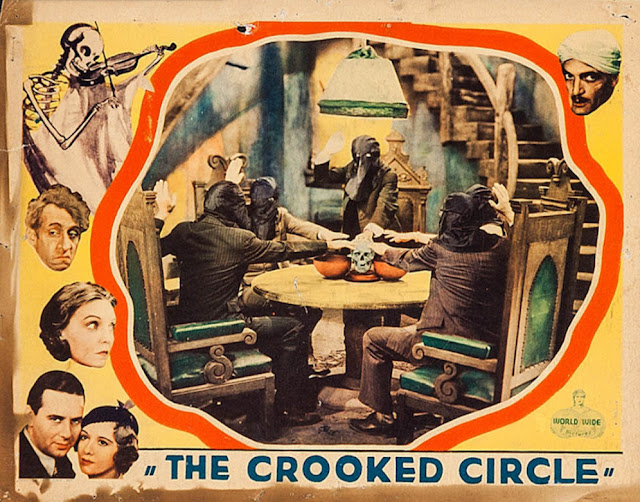 In case you haven't come across this film, pause to put on your evening dress and ring for some cocktails, because this is some real TV history. The Crooked Circle was the first film ever broadcast on commercial TV, in 1933. The Station was the Don Lee Broadcasting System in Los Angeles on their channel called W6XAO. It was broadcast from the aeriel on Mount Lee (named after Don Lee) behind the Hollywood(land) sign. Incidentally I have just learned the mount is haunted by the ghost of an actress called Peg Entwistle, who killed herself in 1932 by jumping from the H of the sign. Apparently a woman in out of date clothing has been frequently seen wandering, distressed, around there, accompanied by a smell of gardenias. In an attempt to get myself to stick to the subject I always begin by writing the title, and as today, still tend to wander off into related side tracks. However I must just allow myself another diversion onto one of my preoccupations, because I have just realised that
Post a Comment
Read more 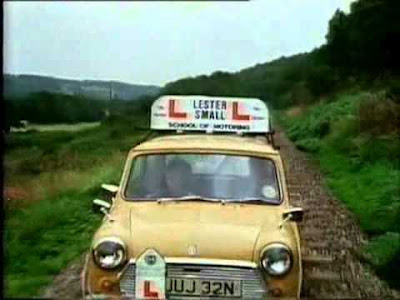 Gosh, I must be becoming flexible in my old age. Recently I've written about a couple of period dramas ayin a change to my usual playbook here I am writing about a sitcom. Gratifyingly I have only just discovered this show - I like it when that happens because it suggests the well of old TV shows hasn't completely dried up.  L for Lester was a short-lived show and its only six episodes are readily available on the internet. The only problem seeming to be that episode 5 isn't complete. I don't think for an instant this will ever have a commercial release - it doesn't seem to have a cult following despite retaining happy memories, and I suspect it would be difficult to get your money back from restoring six episodes of such a show. According to the internet the show was devised as a vehicle for the popular actor Brian Murphy (readers will know him from George and Mildred, Man About the House and possibly Last of the Summer Wine as well as numerous appearances as a job
Post a Comment
Read more
More posts