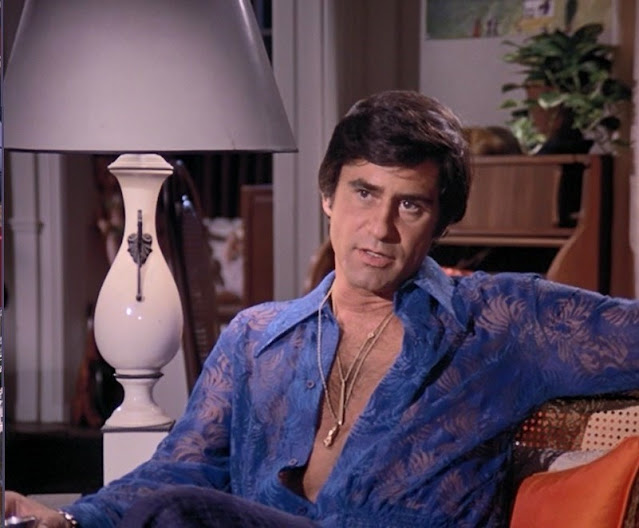 Who loves ya baby? I have been romping through seventies US detective shows. Several seasons of Kojak (you will of course notice the great resemblance), and this show which I have just discovered. Coming from one to the other I notice a tendency in this show for people to address each other as 'baby', and I wonder whether it was a seventies thing. I had assumed it was a Kojak peculiarity.

Joseph Wamburgh who wrote this show has been credited with turning police shows in a more realistic direction, and so it is possible that this show is the US 'hinge' between the dreamy TV (which survives that is) and the gritty realism of shows like The Sweeney. Despite this and apparently consistent good reviews on t'internet, there is comparatively little about this show online. I myself literally only discovered it by chance this week. I would like to speculate about why this is but I won't because it would be pure speculation. I know how good you all are at filling in gaps in my ramblings. 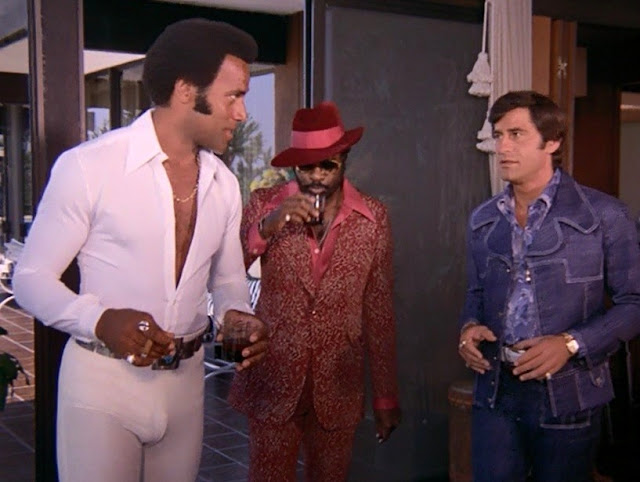 My only qualm would be that it is an anthology show, which I don't always take to. I'm rather ashamed saying that because this one is solidly set in the Los Angeles police department so in reality the episodes represent part of a whole which surely shouldn't be such hard work, but I am finding it a little confusing. All reviews mention the show's heavy use of guest stars (some I do recognise) and so I wonder whether a slight showbiz feel could militate against the criminal realism.

In this episode the realism is based around pimping. I do love the way the detectives pose as wanting to buy some girls! The pimp in question is too careful to be caught and is played by Fred Williamson, a former professional American footballer who went on to a career as an actor. Strangely enough I am thinking of a post about Ricki Starr, who combined careers as wrestler, ballet dancer, singer and actor, so actors with multiple careers are in my mind at the moment.

This show is sooo seventies however has dated very well indeed. The attitudes to the girls unfortunately probably haven't changed since then, they are treated as property, basically and subjected to what would nowadays be called coercion and control.

Another way it has dated very well is in the authentic seventies look and atmosphere. The interiors, cars and clothes are all outrageous. Especially the clothes, of which some examples decorate this article. The actor in the trousers so revealing they show his willy and even the seams of his underpants. Only in the seventies would anyone have had the gall to call a character dressed like that Snake McKay!

The show does have a serious side because it is unflinching in showing what it is like to be on the game. It is also interesting that the woman drawn on by the detectives to catch her pimp, has fallen in love and is disappointed when she realises what has been done to her. The moral position suggests that they aren't really that different from the pimp himself.

I don't really have any immediate criticism.

I like this show and would hope to be posting again about it.