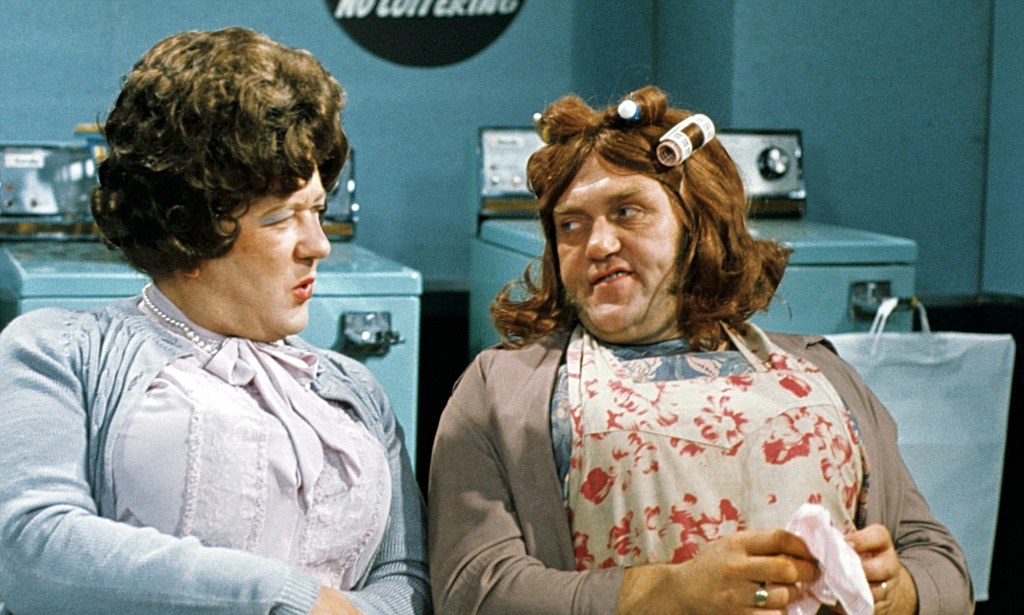 This was very nearly a post about Carry on Christmas, but I don't think anyone would read it at this stage. I may post it in August and see what happens. Actually I have been taking notes of some of the searches which bring people to this site, and some are hilarious. Let's just say that entitling the last post Designing Women has caused a significant spike in page views!
Instead a general post about this show which arrived the day before yesterday and is so good I have watched almost all of it already. It is somewhat late for me, having been originally broadcast in 1979-80, but surely I don't need to tell any readers of this blog that anything Les Dawson did is wonderful. The whole series is on region 2 dvd by Simply Media but if you need any persuasion to buy (or even get a multi region dvd player if you don't have one) you can see episode 1 gratis here.
What makes this show particularly suitable for the readers of this blog is that you shouldn't be deceived by the reviews online which describe this show as stand up comedy. There is a strong streak of the style of comedy for which Dawson is so famous, but in addition it parodies many of the TV shows of the time, including documentary, nature and so on. Hence the title, Dawson watching what is going on, in the style of many a TV programme of the time.
The only caution I would give is that much of the humour is as dated as Dawson's synthetic suits and some viewers may find some of his jokes offensive. This box set contains the whole two series of this show to a restored standard, without extras but with subtitles. Unusually for me, I am raving about the famous faces who constitute the guest list - normally of course I don't like familiar faces but in this setting it is wonderful to see great actors in unusual roles. There are a number of the wonderful Cissie and Ada sketches with Roy Barraclough.
I particularly love the bit where he introduces Ceefax as the latest thing.
70s TV The Dawson Watch