Time as Treated in Some 1970s TV Series 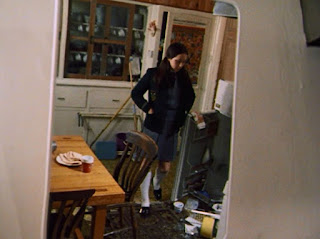 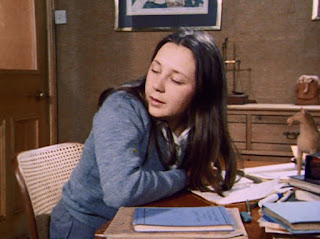 I recently took a leap in the dark and bought the box set of Timeslip, a show I've never really fancied on the basis of its reviews on the internet. Part of the reason for that is that I like my vintage TV to reflect the contemporary world and I have a preference for series beginning in the sixties up to the end of the seventies. Naturally I make arbitrary exceptions to this rule when it suits me. One of the things about mainly sticking with one period of television is that I become familiar with the conventions of the time, and thus it becomes comfort TV.
The world view I find myself banging on about here is the contemporary 'modern 'reverse one of hope in the scientific future, frequently combined with warnings of what could happen in the event that the burgeoning technology gets into the hands of a diabolical mastermind. I am currently in the midst of several shoes which treat time in different ways, so this post will be about several at once.
The first is The Changes, which I haven't watched to the end of yet and am not really in a position to come to a final judgement. The story goes that quite suddenly humans cannot tolerate being surrounded by any technology, so they begin trashing every gadget they can lay their hands on and the series is about the events thereafter for one girl. The Changes is serious quality television, a top-drawer version of the series Survivors, which is about what happens after a virus. This was a major preoccupation of the seventies, and ironically the house the girl lives in at the beginning is decorated in dead seventies fashion, with lots of natural wood and natural wall coverings. I remember a family friend's house being decorated like that, and thinking it very sophisticated. But what if it all comes to an end? ...was not a question I was asking myself at the time. Interestingly the series is contemporary enough to feature a Sikh family as major characters, and they deal with the crisis in true resourceful Sikh style. 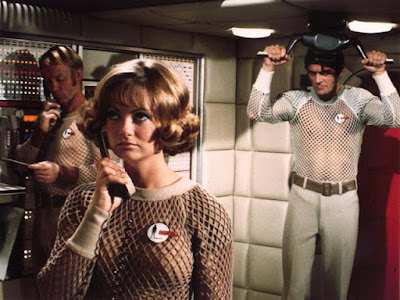 I also haven't nearly watched to the end of Sergeant Cork, which readers will doubtless know is set in the nineteenth century. I don't really know but I get the impression there was a fad for Victorian things around this time. Neither have I watched to the end of Timeslip, which both goes into the past and into the future. You would think it would be safer to travel into the future than the past, but I think it's less safe, because you can only imagine what the future would be like.
In the case of Timeslip, the future is awful, resulting in attempts to stop the glimpsed future actually happening. Naturally the future as imagined was not as we actually experienced it in the 1990s, but still comes across as not a bad imagining of the future. Both Timeslip and The Changes are quality shows intended for children, but which are worthy of adult viewing.
Finally I have been watching a show which hasn't worn so well, so perhaps I should stress that it has a permanent place in my collection - Gerry Anderson's UFO. I have a terrible confession to make, which is that I have never got on very well with Gerry Anderson's TV series. I think this is for the unreasonable reason that I had a friend at school who was very much into them. He virtuously avoided sugar, didn't have one filling, and that fact did my head in. I was also irritated by the way Lady Penelope walked. Not the best of reasons, as you can see.
That said I suspect Anderson's output had a disadvantage for my generation. UFO, for example is set in 1980, and as that year approached the show appeared hopelessly optimistic. The future was plainly never going to be as it was shown. In retrospect it was a good go. The red hot dream of the scientific future personified, and of course UFO allows the viewer to dream that he wouldn't be in the part of the world ignorant of the reality of UFOs.
The show manages to appeal on many levels, although probably most to the adolescent boys who would have been the audience of Anderson's other shows. Episodes touch on complex emotional issues including bereavement, so that the show is not merely dealing with sci-fi and gadgetry. I love the buttons in Straker's office to pour various drinks. Where it falls down is probably in the fashions designed by Sylvia Anderson. Synthetic fibres and purple hair abound and perhaps the strangest ones are the string uniforms. To wade into the debate on the internet: the men plainly don't wear anything underneath and the women plainly do! This is another illustration that this show isn't as successful as it could be, because people get distracted into talking about the bizarre uniforms,
As is my policy, all of the shows I write about here are worth watching in my opinion, but the different treatments of the present, past and future mean they are quite different and some have worn better than others.