Railways on TV: A Sentimental Journey (Randall and Hopkirk Deceased) 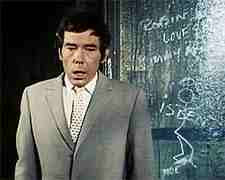