The Comic Strip Presents & Others: The New Statesman 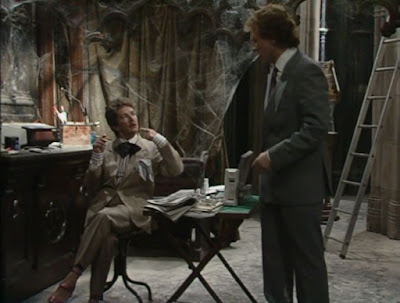 The subject of time has come up in the classic TV blogosphere this week, so of course I have to leap in and give my two penn'orth. My impression of time in the world of TV is that it depends on the programme and the viewer's first experience of it. The later Avengers were made before I was born, for example, but seem very recent to me because of my early experience of them on the young Channel Four. Many of the 1970s shows I have talked about here seem very old because they were broadcast when I was a very small child, while the shows from the 80s and 90s when I was at some very difficult ages, are etched on my memory as if yesterday. I would also suggest that older production values and social concerns can make shows seem older than newer ones.