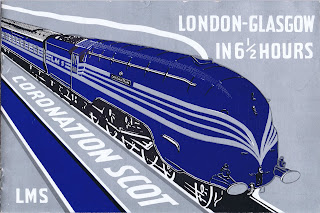 I see that Patrick Macnee died in the week, at the age of 93. I commented on the It’s About TV blog that I couldn’t write a better tribute to him than Mitchell Hadley did, so I would refer you to his his post. There is something about the extremes of old age which be very bitter sweet: I knew an old lady who was very proud at having outlived all of her contemporaries, and survived the various ailments she had suffered from all her life, yet there must be a great loneliness when there is literally nobody left to whom you can say, ‘Do you remember…?’. Macnee wore his age gracefully, from what I have seen of him speaking in the past few years. For his life I would refer people to his frankly extraordinary autobiography.
I have been surprised by some echoes of Macnee and The Avengers in the films I have been watching this weekend. I have resisted starting a tag on this blog of ‘Not TV’, but I think I have some films which will genuinely be of interest to the readers of this blog, and anyway I have the excuse with these that their subject matter is related to a TV series I have posted about before. I suppose nowadays we would refer to Paul Temple as a franchise, since for decades his adventures have been available in the various media of print, TV, film, and radio play. The films stay more close to the books by Francis Durbridge than the TV series did, and it is interesting to see films of stories that I have become rather familiar with.
I bought the the box set of Paul Temple films on spec, having never seen any of them, and hoping to be drawn into the railway atmosphere by the train setting of the murders in Send for Paul Temple. As it happens, there is very little train location work on that film, but instead they are marvellous 1940s escapist films of just the sort I like.
The echoes of The Avengers come of course in the world they are describing. Despite my joking that whenever they discover a dead body, Mrs Temple asks, ‘Darling is he…  is he…?’, and Temple replies, ‘Yes, darling, he’s working class,’ of course the world depicted here is much more complex than that. It doesn’t quite rival the out-of-this-world unreality of the Britain depicted in The Avengers, but it has a definite outlook of fighting for what is right. I would parallel Temple in some ways with the later Steed, although certainly not the earlier one: he lacks the shiftiness and makes his living by supposedly writing books but the police have become completely dependent on him to sort out their problems for them.
No direct references are made to Temple’s background (as opposed to the many upper-class hints dropped about Steed), but I find the depiction of prosperity depicted in these films very interesting. They were made in the 1940s, when Britain was still under rationing, and while reference is actually made to returning to austerity when they return to Britain, nonetheless the Temples live the kind of life of unparalleled luxury which would have been a dream to most of the viewers of these films, even without post-war conditions. They have a ‘man’ to look after them, the motor cars depicted are definitely not little run-arounds, and so on. And what a different world they live in! Mrs Temple has given up her journalistic career as a result of being married, and she comments at one point that she can’t handle all the housekeeping as well as a criminal investigation. It must have been after this that we humans decided we would have to cope with working full time and all the housekeeping. I love the cut glass accents the actors (except if playing a self-consciously working class character, in which case they become Eliza Doolittle cockney) have, which would be terribly old-fashioned nowadays. And the smoking! The smoking is of course completely right for the period, not as self-conscious as in Mad Men.
And I think that is my verdict on these films, that they are exactly right. It is not just that they are contemporaneous of the books – the radio plays were as well, but manage somehow to sound as if they are caricatures -  but rather they are exact depictions of the visual world depicted in the books. They are not overdone in any way. And I think this is again what makes them superior for me to the 1970s TV adaptations of the Paul Temple character: the kind of luxury world depicted in these films does not translate to the 1970s very well. It immediately looks like a Jason King programme, and in a more prosperous world depicts luxuries probably more available to the general public. One of the points of old films is that we are safely insulated from both the dangers and the luxuries depicted in them. We might get jealous of the characters, but we can escape into their world, on a rainy Saturday afternoon in a city cinema, without the dangers of getting murdered.
It isn’t a criticism as far as I am concerned myself, but I have read criticisms online of the picture and restoration quality of these films. In fact on one of the DVDs Renown actually announce that it isn’t up to their usual standard, but they have released the film anyway having done what they can to it, because of the popular demand. I don’t personally object to some jumps in the picture, a line here and there, and a few pops in the sound, I personally think this is what one can expect of seventy year old film, but if you insist on crystal quality picture and sound, you will not like these films.
Not TV Paul Temple