The Avengers: The film reviewed with reference to the original series 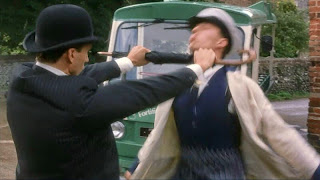