They Came from Somewhere Else 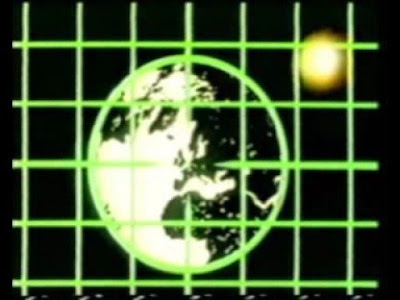 The remaining episodes of Doomwatch are being released as a boxed set at the beginning of April. I’ve hummed and ha’ed, pre-ordered it, cancelled it, and at the time of writing still have it on order. Anyway, I read around what was being said about Doomwatch on t’internet, and found that there is a hope expressed (sorry, in my excitement I have lost the particular blog where I found this) that this will lead to the release of other little-known shows, and examples of those shows were named. And that was how I found it. I have been trying to find what this show was for literally thirty years. I remember watching it the first time round, and it being incredibly formative on me. I was the only one of my circle who watched it, and I didn’t half get teased at school for watching it, but on rewatching it for the first time all these years later, I remain convinced that it is quality television which has stood the test of time much better than most 1980s TV. The show is It Came From Somewhere Else. The six episodes, which are all there ever were, are available to watch on YouTube, in authentic 1980s videoed off the telly quality. In fact, the only disturbing thing about reading around the subject – particularly the reviews usually based on memory alone on IMDB – is that the reviewers are more or less of the same age as me. They have the same memories, list the same programmes. Oh dear, I’m getting old.
One of the reasons this show is so much of its time is that it came out of the alternative comedy circuit of the time, and in fact was performed in pubs and at the Edinburgh Fringe before becoming a TV show. I have heard it likened to the humour of The Comic Strip Presents… and The Young Ones, both things I love dearly and so therefore They Came from Somewhere Else is clearly out of a stable I like enormously, in fact the same stable that the two parodies of the Famous Five I posted about in my last post came from.
I also remember at some point watching the film called It Came From Somewhere Else. I genuinely remembered this as a 1950s-style sci-fi invasion series, and really thought it came before this show so must have been a parody, or at least borrowing the title. I was surprised to find that the TV show came first. Nonetheless the point of reference is the same, namely all those 1950s invasion shows – I have always had a particularly soft spot for Invasion of the Body Snatchers – which I think had a vogue at the time. I see from the show’s Wikipedia page that amongst other horror films parodied by the show are Dawn of the Dead, Don’t Look Now, and Carrie. You don’t have to be intimately acquainted with the horror genre to enjoy this show though: the references are often things which have entered into our collective consciousness as referencing horror films. Of course the point is that the whole story is based on a horror story which is invented for the show itself.
At this point I would be very tempted to give a summary of the plot, but I’ve decided that it spoils things for first-time viewers if they know the ending. If you really want a plot summary with spoilers I would recommend the one on Wikipedia. Obviously not referencing the plot at all can make it very difficult to blog about a show, but I’ll try to kick off my appreciation by saying that in terms of surrealism, They Came From Somewhere Else knocks every other TV programme into a cocked hat. Gurney Slade is positively vanilla in comparison to this show. Highlights for me personally are the person-swallowing sofa, the old lady who pops out for an ice pick, the table tennis game, the huge prawn in the sewer, and the fact that the protagonist is dressed in his morris dancing gear for much of the show.
In fact, I really think it would be impossible to list all of the media and cultural references of this show. It picks up on the ambivalent attitude towards technology which I often note in 1960s TV, melds it with the horror and sci-fi genres, adds the end of the world and globalisation fears of the 1980s, and turns them into…well, it does this show a disservice to call it a sitcom. Watching this as an adolescent in the 1980s, it pressed so many buttons in the concern of the time that it could only be seminal. If this show has one weakness, though, it is I think that it will no longer press those buttons in viewers of today. It still works as a parody of the horror genre, but that is to miss a layer of meaning, which is about the nature of reality and naturally that is always a major subject of interest to the adolescent in his struggle for identity. I have to confess that I cannot identify any other weaknesses in this show, and have had none of the disappointment you often get when viewing once-favourite shows for the first time many years afterwards. To me, that is enough indication on its own of this show’s quality. I would not call the poor quality of the recording on youtube a weakness, even though I have had to find the image which illustrates this post on the internet since I can’t get a good enough quality screencap, since without that one recording the programme would remain unavailable. I would recommend viewing this show to, well, anyone, but particularly anyone who likes some of the odder shows of the 1960s, anything sci-fi, or horror films. Surely that is the majority of the audience of this blog?