Showing posts from August, 2020
Show All

How do I even start to write about this show? It has so much good stuff in it and so much that interests me. For a start it stars Diana Dors, one of my great favourites. She is unusual among actresses in that you can find her in straight acting and (ahem) apparently she can also be found in sex comedies and risqué modelling. I always feel her role in this show may have been an inspiration for Lily Savage, who often referred to herself as a blonde bombsite. As with most of my favourites you either like her or really don't take to her - rumours abound of sexy parties and her secretly filming guests at her house having sex. In this show she plays the matriarch of a family, but her husband is 'working away'. She shares a flat with her three grown up sons and her brother in law, and they're all dodgy in one way or another. There is another star in this show, although it's never named, externals of the flats are filmed at Quarry Hill Flats in Leeds - despite my bizarre
Post a Comment
Read more 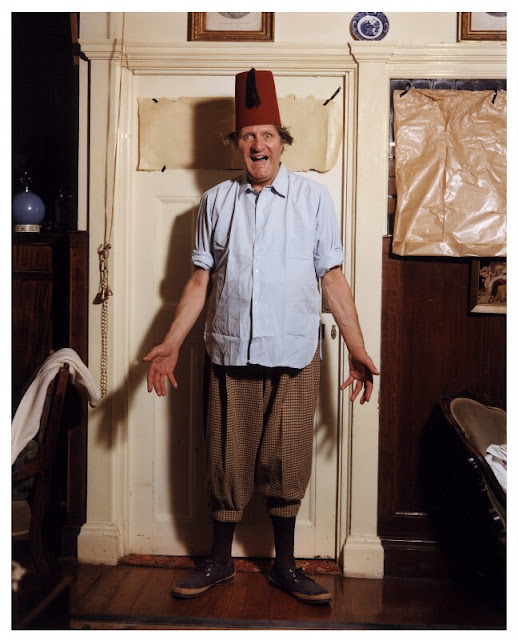 I am delighted finally to be writing about this show which has been on my shopping list for ages, and I finally found a reasonably priced copy on eBay. I love that Tommy Cooper started his life ship building, did magic tricks in his spare time and then realised one day that it was funny if he fluffed the tricks. Thus was his profession as a very good magician who mainly got it wrong on purpose, born. I have just realised that the Goes Wrong Show in the last post is a direct historical descendant of the type of humour in Cooper's act. In between we have Les Dawson, who as my father used to say, must have been a very good pianist to play the piano that badly. This show is rather atypical for Cooper's act, because while his usual shows were his act plain and simple, this show has an element of each episode also having a story, within which he is his normal bumbling self. I really like that aspect of the show, and it is used to bring other people in. I particularly like Sheila Ha
2 comments
Read more
More posts