Documentary Season: Sins of our Fathers 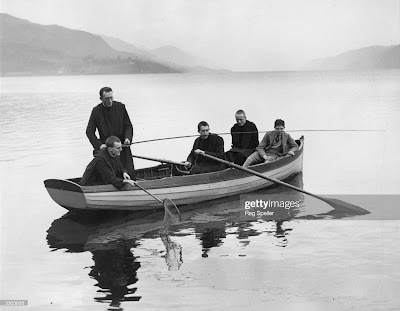 Warning: This blog post is about a documentary about child abuse and may be distressing. I have linked the relevant report of the Scottish Child Abuse inquiry which also contains significantly disturbing accounts of abuse, including in a setting of religious worship.

Sins of our Fathers is a BBC Scotland documentary about abuse in Fort Augustus Abbey school, a school run by Benedictine monks in Scotland: both the school and the monastery have been closed since the 1990s. It is available on iPlayer.

And it's bloody devastating. It goes straight into its first explicit description of sexual abuse within a matter of minutes and then immediately goes on to how the authorities at the monastery knew, and it isn't even talking about Fort Augustus yet, it starts with all the other monasteries of the English Benedictine Congregation first and then indicates that the Fort Augustus scandal was the last to break. This technique is literally devastating, completely factual, and you will kave no sympathy for the English Benedictine Congregation.

The journalist who headed up this investigation is a BBC Scotland journalist called Mark Daly, who has a deserved reputation for excellent fearless investigative journalism, at one point to the extent of being arrested for impersonating a police officer, because that's how he got his story. What a legend. If you've seen the film Spotlight he uses the same technique that the Boston reporters did to find priests who were being hidden by seeing which ones had strange or no assignments in the yearbook. Here Daley gets hold of some old school yearbooks and sees which monks were where, when. In local papers he found a pipeline for abusive monks to Australia.

Naturally enough he looks rather sick as the interviews are being filmed. It even makes me feel sick and that's difficult to do. I have twenty five years of psychiatric nursing under my belt and I can truthfully say that once you've heard enough trauma you just stop feeling anything and it even does it to me.

I am particularly impressed with the use of archive pictures and films. BBC Scotland must have really searched the archive to find some of the old footage in this documentary. Fort Augustus was foolish (or brazen) enough to allow the cameras in in 1979, which means that you get a particularly terrifying bit of an innocent depiction of monastic life with a voice over from Daly of what the monks depicted did when nobody was looking.

The strategy of just letting the subject talk and let the horror unfold even extends to the authorities of the Congregation. The abbot president has to say shamelessly that he hadn't bothered to review the school's records because they were in Edinburgh, as if that was a place on the other side of the world. This reaches a peak when the diocesan authorities tell Daly a straightforward lie, he then presents them with the evidence he has to the contrary and they immediately change tack. As a strategy to make people show themselves up as utter shits, this really is one that can't be beaten.

There are two other things which really hit me from this documentary and knowing the background of the English Benedictine Congregation.

The first is that the majority of the monasteries of the English Benedictine Congregation have had child sexual abuse scandals and you really have to wonder what has to happen to make people realise. How many monasteries make a very obvious paedophile ring? During the documentary it is even brought out that abusive monks of other monasteries were even farmed out to Fort Augustus to hide them which makes it even more obvious that this was a congregation-wide problem which was being actively encouraged.

I have a personal perspective on this which is that if you go to a church and it becomes notorious for covering up child abuse, you stop going. Any claims that that church has any divine foundation or inspiration are rendered null and void, and this documentary makes it clear that these churches are looking after number one. And don't come that 'God allows free will' rubbish with me, literally the whole point of the Judaeo-Christian tradition is God intervening in human history so he can when he feels like it.

The other things it brings home is that Fort Augustus was supposed to an elite school. I think I've more got this from the report of the Scottish Abuse enquiry (which you can read here - again with a caution that you will certainly find it very distressing) but it's apparent to me that it wasn't prestigious, but very amateur indeed. When you compare it to other shcools in the English Congregation such as Downside or Ampleforth it really doesn't come across as very posh, but it's more like the school in Evelyn Waugh's Decline and Fall.

I don't have any criticism of this documentary.

But I'm going to leave you with one final, very telling fact which I got from the report of the inquiry. I mentioned that the monastery's archives are in Edinburgh. When the abuse enquiry came to examine them they found that there were lengthy, in fact prolific records of everything that had happened in the monastery for decades. These were men who obviously were devoted to their records.

But there are no records of anything from the school. Not a timetable, not a report card, nothing. And we know what that means.