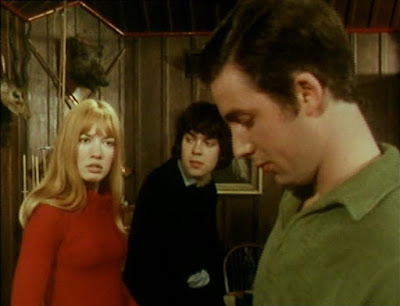 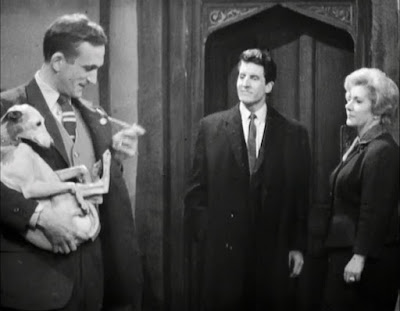 Mitchell Hadley at It's About TV commented on my post about Doctor Who: The Invasion that that was the first disc he bought on an international basis to circumvent high US prices and to play on his multi-region DVD player. It is a funny thing that the modern world of interational commerce and the internet mean that we cult TV fans are better served than we ever would have been in the days of the TV series we like to watch! I personally bought my set of The Man from UNCLE from Canadian Amazon. It was remarkably inexpensive and was couriered over to me and arrived two days after I ordered it. In the bad old days we would probably have been forced to belong to clubs and subscribe to magazines to get the TV programmes we like. This is also how I have managed to obtain the first of two volumes of Francis Durbridge Presents.
I wrote some time ago, when I bought the region 2 DVDs of A Game of Murder that I was confused about whether or how the whole remaining series had been released on DVD. Well, they have been. In region 2 you have the option of buying some of the individual mysteries on German-released DVDs. I haven't clapped eyes on them but they are rumoured to be in English as well as German. I then found on UK amazon that Francis Durbridge Presents has been released in Australia in two vlumes, both branded BBC. They are advertised on Amazon as being region 0 discs, so I was rather worried to find when volume 1 arrived that the boxes were marked region 4. I have however found that they play OK on both of my laptops (ironically I don't actually own a TV, my dear, there's never anything on). Of course I am not giving any guarantee here that these discs will play on all or any DVD equipment, merely commenting that I am relieved to find that despite being marked region 4 they play on my own laptops.
Volume 1 includes four mysteries, including A Game of Murder. I had never seen the other three, and Durbridge is best known to me as the author of the Paul Temple series of mysteries. He was a fantastically prolific mystery author, known for his wildly convoluted plots which made it very difficult to work out the culprit. This series of his adventures written for television were apparently wildly popular at the time, although there is relatively little about them on the internet, I assume because they haven't been available.
The Desperate People, which I will focus on here because it is the only one I have seen several times at this point, is the first adventure and incorporates the classic settings of a Durbridge adventure: London flat world, English eccentrics, country house hotels and the usual desperate hero. The plot of this one is frankly rather reminiscent of A Game of Murder. It isn't really a criticism but I found the plot of this one so convoluted that it was at times difficult to follow. On the other hand this means that this adventures avoids the weakness of many a whodunnit: this one will take repeated viewing and much spotting of clues.
There is a disclaimer thingy at the beginning of the DVD commenting that the age of the footage means there will be variations in sound and visual quality. My one criticism of this realease is that I just don't believe the sound couldn't have been cleaned up more than it was: there is often a fluttering sound running along with the action. I don't find the picture quality unacceptable.
It is probably an indication of the exact moment in history when this show was made that there is much usage of outside filming, and very good quality it is too. It is then very apparent when the inside shots switch over to sets. This is not a criticism, merely a statement of fact. In fact one of my favourite aspects of this show is the external shots. I love the views of sixties London, I love the cars, I love the vision of an England which doesn't really exist any more. Oh - I also love the way everyone lights up a cigarette at natural points in the action. This is the real smoking of the time, not the pointed, conscious, smoking of Mad Men. Even though this is a mystery there is a very real sense in which this is comfort viewing because it shows a world which doesn't exist any more, and of course we all like a nice murder which isn't going to intrude on our own safety.
Apart from some quibbles about the sound quality, I welcome this release of a long-lost classic which will be a welcome addition to the library of any classic TV buff.
Posted by John 2 comments: 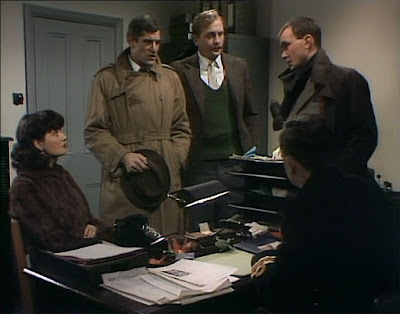 Doctor Who: The Invasion Again