The Mind Beyond: Meriol the Ghost Girl 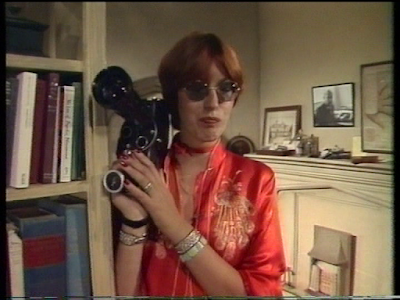 Warning: This post mentions a problematic depiction of a naked child in a TV show from the 1970s. It also contains spoilers because nobody is ever going to see this show.

Since I originally blogged about two random episodes of the part of the BBC2 Playhouse show called The Mind Beyond, I am delighted to say that I have found a source for all six episodes. I have made a decision to blog about this show without describing the scene beyond what is necessary to say it's just wrong . I will not be disclosing where I got the show so don't ask.

First, though, for the standard discussion of this show. When I originally blogged about this show, I read that one of the episodes I have already blogged about was the best, Having now seen the whole series I think that Meriol is actually the best (or would be) - it really grabs you in an incredibly inventive way and let me tell you, it's an absolutely wild and incredibly inventive ride. You can find a sensible summary of it here, so as always given that somebody else has given a sensible description I can get on with my own idiosyncratic approach.

The show is about four different interpretations of an alleged materialisation of a ghost of a child at a seance, and it's absolutely fascinating! The characterisation is a bit stereotyped, but honestly I don't mind that because it makes the strong characters really leap out at you. The whole look of the show changes between the different sections, including changing to black and white at one point where it is spoofing Raymond Chandler-type films.

The first interpretation is that of a psychical investigator who is invited to attend a seance at Cricklewood at which he is promised the materialisation of a ghost girl. The circle makes certain conditions of secrecy and adherence to their own practices to his attendance - unusually the circle does not join hands. A nude ghost girl appears. Livingstone, the investigator, professes himself mystified by this and couldn't work out any conceivable deception. He writes about it in his last book.

The second part segues immediately to Sam Nicholls, a ghost detective who is an American very much in the Sam Spade mould, who a few years after Livingstone's death, comes over to clear up what happened in the Meriol case. This marks a complete departure in tone of this show and is hilarious. Nicholls is just too much and it is this bit where the show changed from being a standard show about a ghost to being utterly wild. Unfortunately Nicholls can't locate the house where the seance took place, despite Livingstone having left some heavy hints.

He interviews Livingstone's wife about it, who is again another complete contrast including contrasting with Nicholls. She points him in the direction of Livingstone's secretary and talks to her while she gives him a manicure. Eventually he reaches Miss Furniss who tells him that she was the ghost girl and the whole thing was a fake, including how it was done. He thinks the whole thing was made up.

The third possible explanation of what happened features another investigator, Robina Oliver, who is dissatisfied with Nicholls's published statement that it was made up, chases down the now grown woman who says that she played the ghost girl, insists the whole thing was a fraud and gives a detailed explanation of how it was done. Ms Oliver is hilariously played by Janet Street-Porter who is never anyone other than Janet Street-Porter, but let me tell you she is perfect for this role. It fits her like a glove.

The fourth part is an interview with Delane, a psychologist, who believes the whole thing was a mass hallucination, driven for Livingstone by the child he and his wife never had. He felt the whole group were in a trance and 'materialised' the hallucination through their own emotional involvement. He thinks the vivid description of Meriol is characteristic of a hallucination.

My own conclusion is that Meriol was obviously a fraud and Miss Furniss (the woman who played the girl as a youngster) was used by her parents to pull the wool over Livingstone's eyes. The reason I think this is that the family guaranteed the materialisation of a spirit child to Livingstone, and to my mind that is what makes the difference from a medium who, say, believes her own propaganda. If you really genuinely believe that you are contacting a dead person I don't think you would guarantee the materialisation. You might say that she has materialised every week for however long but I don't think more than that. The only grounds on which you would guarantee the materialisation of a dead person would be if you were producing it yourself, surely. The condition of not holding hands at the seance is suspicious because traditionally that's one of the things which was supposed to prevent cheating (of course in reality it has been extensively proved that cheating still went on).

The fact that it may seem rather obviously a fraud given what I have said needn't distract from the fascinating depiction of the other explanations.

So far what we have is an excellent, interesting, inventive show about an alleged materialisation of a ghost girl. Unfortunately it is ruined by two sequences involving a naked child pretending to be the ghost. It's unecessary and I don't think this is explicitly stated but I think it may have been intended to be part of the plot because of the controlled circumstances of the seance so that the sitter pretending to be the ghost couldn't have different clothing concealed. As presented it is an essential part of the plot. The problem is of course that now we would look on what is being done to Meriol as abuse pure and simple, so nowadays we would read this show very differently from how intended.  My main thought as I watched the show was what the cast were thinking about taking part in this, and why nobody including the viewers or Mary Whitehouse, are recorded as being up in arms about this. I really don't have an explanation for this and am somewhat flummoxed.

That said I see this was written by David Halliwell, who I hadn't heard of, but have discovered that he also wrote a play called Little Malcom and His Struggle Against the Eunuchs (1974), about an art student who is thrown out of college and comes up with the Party of Dynamic Erection, a near fascist political party which promotes male sexual dominance. Jesus, what was in the water in the seventies. I was drinking that water!

I wonder if Janet Street-Porter would agree to do the same part in a remake or perhaps she would rather this was expunged from her CV. It would be a great show if it wasn't for the massive great problem in the middle of it. Personally I think it might be possible to issue it with cuts removing the offensive parts completely. Because surely 'Oh look a ghost appeared to me' is enough weird for anyone. 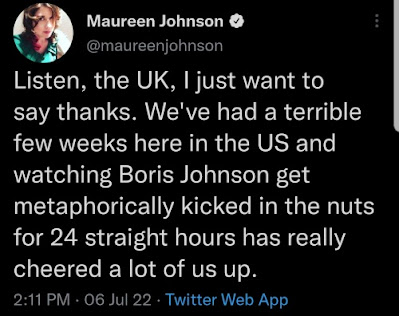 Don't worry, we've got you covered. Stay tuned to this channel. 😉

70s TV Fake Mediums Week The Mind Beyond What Were They Thinking?