This is one where you really do have to watch the video to get the feel. ☝️

I wasn't going to but I went through Sparkhill on the bus this afternoon and simply had to do a post on Citizen Khan. Actually starting with a video of Mr Khan was a mistake because I'm already hysterical and will have great difficulty concentrating.

Citizen Khan is a sitcom about a ridiculous British Pakistani Moslem man who lives in Sparkhill (each episode is dedicated to the people of Sparkhill) and fancies himself as a community leader. This flat statement is completely to understate the impact of this show:

When the first series of the pioneering sitcom Citizen Khan aired last year, it sparked around 200 complaints and was accused of making fun of Islam, stereotyping Asians and being disrespectful to the Qur'an. A Facebook post said: "Cancel the show OR we will have repeat of riot we had a few months ago."

Well, a second series and a Christmas special have been filmed and there have been no riots – although shamefully some death threats were made.

However, Adil Ray, creator of the sitcom about a self-appointed "community leader", is not going to bow to pressure to make changes to appease his critics. Ray says he and the BBC knew there was "probably going to be an adverse reaction" as "it's a very sensitive area – it's the first time we've had a sitcom based on a Muslim Pakistani family".

His upbringing in Birmingham and his religion gave him the perspective to deal with the controversy. "There was something my mum taught me when I was younger: 'Don't allow yourself to be offended about anything in life.'

"I remember the first time I got called 'Paki' at school and I went home and told my mum and she said: 'So what, what's that done to you? It doesn't matter, just get back into school.' And she was so right."

He adds: "Particularly if you think you're religious – and I would like to think that my religion and faith is strong – a comedy show or whatever won't affect that. That's quite key I think, otherwise it's a sign of weakness."

For every one person who complained about the scenes such as Khan's youngest daughter Alia rushing to put on a hijab when her father was around, Ray says, he would get ten or so emails from Muslim, Catholic and Jewish people saying their daughter also paid lip service to their religion.

"So you kind of go 'well who's right here?' The fact is nobody's right, we're not all the same. You have some Muslims who didn't like it and wanted to complain and a lot of Muslims, the vast majority of Muslims, who did like it. That's a good thing. If the entire Muslim population had come out and said 'yes we all love Citizen Khan' that'd be quite scary."

I don't personally have a dog in this fight. I can kinda see that some people have compared the show to racist seventies TV sitcoms. But I'm honestly not sure why I don't find them funny but find Citizen Khan convulsively hilarious. Perhaps it's something to do with the way Mr Khan can't get his head round the new mosque manager, but it's not because he's white - it's because he's ginger.

Certainly in some circles the show has definitely struck a chord:

In my experience, the Khan’s preoccupation (one might even say obsession) over their eldest daughter’s wedding isn’t uncommon. The idea of throwing a lavish wedding with a handsome husband with fair skin and great hair is something I’ve heard from a number of British Asians. The fact that Amjad, the Khan’s prospective son-in-law, has the IQ of a cabbage is no matter at all. This is probably representative of superficialities we have. Of course, these days grooms need to have more than just looks. They need to have degrees from Oxbridge with high powered careers to boot. Amjad types just do not cut the mustard anymore.

Mr Khan also exudes the air of being a top man at his masjid. He often flaunts his connection to the recently retired Mr Qureshi and walks around the masjid offices as if he owned the place. Haven’t we seen this type of masjid politicking before? I would be surprised if there was any masjid at all which did not have this kind of dynamic. The masjid, far from being only a place of worship, is also a place where Muslims exercise their need for political self-fulfilment. It’s no different from temples, gurdwaras and churches.

Ironically, my favourite scene was the one which probably provoked the greatest wrath - where Alia, Mr Khan’s youngest daughter immediately put on her hijab and started reading the Quran, rocking back and forth when she heard her father coming through the door. I do not enjoy the mockery of my faith, not at all. It’s my favourite scene because I identify with her. As a child I would do my best to escape the tedium of Qur’an reading. The Qur’an’s reading (or more accurately, its recitation) is something inflicted on Muslim children. We are not told why we should do it let alone the benefits of this exercise. All we’re told is we must complete reading the Qur’an three times. Rocking back and forth while reading doesn’t help the rationalisation either. And what of Mr Khan commenting that Alia had now come to the ‘good bit’ even though it was obvious that neither he nor Alia had any clue what they were reciting? This is exactly how Muslims (even Arabic-speaking Muslims) treat the Qur’an. Few of us know of its contents let alone undertake a study of its themes and styles. The Qur’an is, for the vast majority of us, a hymn book and one we can’t even understand. Reverts often do far better because they tend to research the faith deeply before committing themselves.

And that brings me to my final point. Imam Dave! I thought Imam Dave was the perfect icing on the cake. He represents the British experience with Islam. A youngish white guy who has come to embrace the faith on his own initative and then made it to the heights of masjid manager. Mr Khan made an off-handed remark about an Islamic teaching only to have Imam Dave contradict him. Again, spot on! Sometimes we do take things for granted. We say things like ‘The Qur’an says this’ or ‘The Prophet said that’ without actually checking. Imam Dave brought back the sharp critical eye which only a person who has engaged with his new found faith could.

All in all, I found Citizen Khan to be quite ticklish indeed. Granted, it was no Goodness Gracious Me but it has made an admirable start and I hope Muslims who were offended would understand that, if we wish Islam to be part of the fabric of British society, we must be prepared to have our cultural norms questioned and sometimes even lampooned. Who knows, these questions and send ups may even help us to consider why we do some of the things we do.

And Mr Khan has endeared himself to the city like nobody's business. To the extent that in character, in addition to getting his own concert at Symphony Hall he has been on Comic Relief, helped with elections, and even announced the trains at New Street Station.

Don't you love it when a blog post pretty much writes itself? 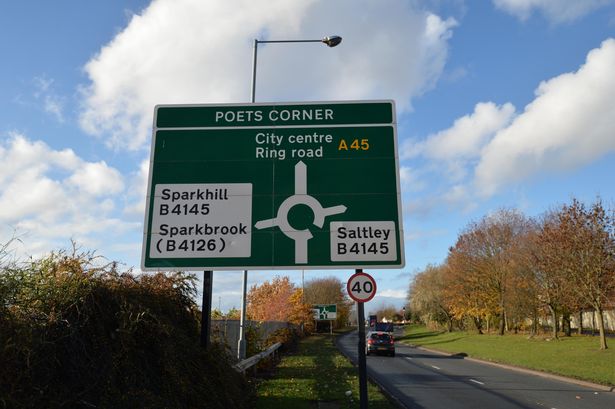