The Prisoner in the Asylum: Checkmate 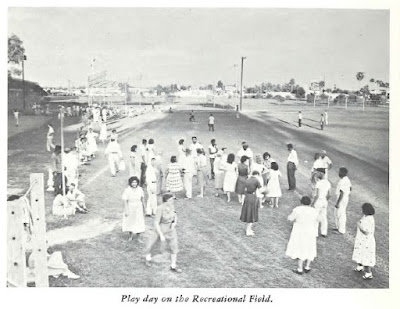 Checkmate is such a rich episode in terms of at least mentioning many themes of post-World War 2 psychiatry that I will try to at least mention them all but some may need development elsewhere. The over-riding theme would be various aspects of institutional behaviour.

The most obvious in institutional terms is the business of finding out who are the masters and who are the servants, that is staff and patients. Although it is disguised in The Village this is of course the eternal division between people in institutions. It isn't apparent from the series but this division was actually never as simple as it seems in the big hospitals, and this is directly comparable to The Village. Some staff would have more power than others (and not necessarily the ones supposed to) and some patients, in true prison fashion, would get the role of a trusty so would be more like staff.

The reason for this was that hospitals, like The Village, had to be far enough from towns to allow containment and stop complaints, which also made it a nightmare to get staff. The staff would therefore live in, even if married, and you would have staff who worked there their whole lives so that institutional power was never simply divided in the simple division of residents and guards. Did I mention that the idea of 'total' institution applied to the staff as well as the patients? This is strikingly similar to the situation of The Village, and you will all have noted that the staff are ordered to go there. Would you really want to care for Number 6/Smith? What a nightmare.

This hospital staffing situation is almost exactly the situation of The Village. The staff live in and pretend to be the patients as well. I don't think it is often remarked on that while Number 2 keeps changing there are a solid body of other staff who never change. Again this is exactly the situation described above in old hospitals, and I don't doubt for an instant that the permanent staff would develop a sense of ownership, would resent the incoming Number 2 as an interloper and would tend to do things their way rather than Number 2's. There may even have been patients in The Village with a far greater sense of ownership (and certainly investment in) of what happened there than they would perceive Number 2 to have:

'Belknap was especially interested in length of stay, and showed that whilst staff (unlike patients) could be transitory there existed a nucleus of staff who spent their entire lives working in the hospital. These were the people who provided the cultural continuity of hospitals. Stanton and Schwartz (1954) had also observed this as had Rees who wrote of:

'"a hard core of old hands, consisting of male nurses, artisans, senior female nurses, senior doctors and sometimes medical superintendents, who appear, like the long-stay patients, to go on for ever. These are the people...who are responsible for the pattern and culture of the hospital...for handing on its traditions."' Liam Clarke: The Time of the Therapeutic Communities: People, Places, Events. Jessica Kingsley Publishers, London, 2004, pp. 41 - 42.

Number 58 and Smith's revolt against the institution is in itself an institutional behaviour. The fact that they have to go to the trouble of escaping, including disabling cameras and setting up an elaborate plan, indicates that they can't just leave. More about the possible legal framework used to keep Smith there in Many Happy Returns.

Also in common with the psychiatry of the time (when the huge hospitals were emptying but still definitely going) while there are many mentions of various aspects of psychology they are all very dated, often coloured by institutional concerns. These are dominated by the behavioural approach, and in fact the name of Pavlov is explicitly mentioned. At the time, with huge hospital populations needing to be controlled with no staff or resources, behavioural rewards were very common indeed and in fact standard. You will not find pure behavioural therapy in mental health care any more, for the simple reason that it only works as long as you never leave the environment where you get the rewards and people don't stay in these environments for years any more. The irony as far as The Prisoner is concerned, is that these approaches are now widely used in retail. If you have a store loyalty card or participate in any rewards scheme, know that Pavlovian psychology is being used on you to keep you shopping there! In mental health the old behavioural psychology merged with cognitive psychology to create the ubiquitous Cognitive Behavioural Therapy. There is a further possible oblique reference to a popular psychological approach of the time: Transactional Analysis, and the possible connection is that there was a famous book about it published in 1964, called The Games People Play.

Number 2 also uses some phrases which owe a great deal to another historical psychological figure whose ideas aren't used alone any more, namely Freud - 'attack of egotism' and 'symptoms of frustration complex'. Again with all the subtlety of a sledgehammer (into an anvil?) I must point out the medical language used. I maintain that psychiatry is a valid way to read this show and in fact it's a bit difficult to miss that in this episode a lot of weight is given to the psychiatrist in The Village. She even recommends Smith has a leucotomy, which is probably the treatment he would have ended up having at the time. I do realise she doesn't have everyone in the village under her care, but would repeat that in the old hospitals many of the patients would spend years there without much in the way of therapy.

The Village also manages to embody many of the concerns about the safety and ethics of psychiatric treatment and psychological experimentation, in the shape of the completely unethical exercise to make Number 8 fall in love with Smith, and the electric shocks used on Number 58. More of these ethics and experimentation when I come to The Chimes of Big Ben.

Ultimately, of course, because the concern with Smith is predominantly his anti-social personality disorder the treatment will always be social: In society one must learn to conform.

Although this episode is usually read in a way much more about society as a whole and control, it is also susceptible to a reading which treats The Village as an institution such as a psychiatric hospital and places the actions in the context of institutional behaviour and the psychiatry in the decades following the Second World War.