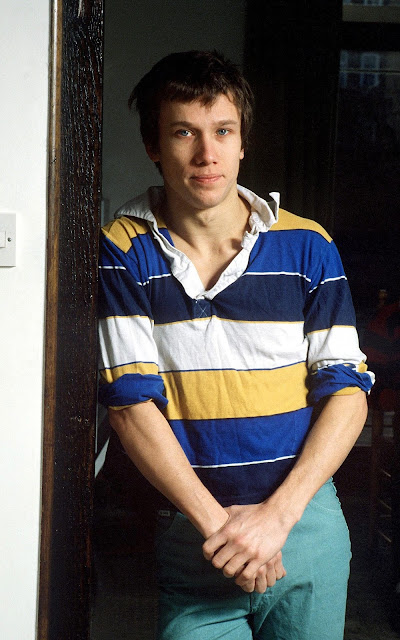 You can see this orphaned episode here.

Peter Duncan is an actor with a varied career, including a time as the Chief Scout, who gained a reputation for being active, outgoing and daring during his stint on Blue Peter. This reputation was what led to his own series, Duncan Dares. Not to beat about the bush, I really didn't like this show when it was originally on, largely because outdoor adventure type things have never appealed to me. I might have missed something interesting because in this one Peter Duncan is taken through various stunts in his role of a James Bond type character. It's all about the stunts and it's fascinating.

It's also heavily about health and safety and I think probably very old fashioned now. I'm fairly certain that if you need to burst into flames on a TV show this would be done with CGI and you wouldn't actually be set on fire, like Duncan is. It also strikes me how expensive these stunts must be (or have been) because of the HUGE number of people involved.

It also makes me think about the budget for most of the shows which appear here. This was, I think, a BBC production so financed at the time by the license fee. Two cars get written off in the course of this half hour episode and the - not directly related but no doubt fascinating to a psychiatrist looking at how my mind works - first question I have is how cheap was the budget for ITC? The white Jaguar footage is described as very expensive. No doubt they had all the cameras already, I'm sure the insurance would have been expensive but no different to this show and a decade old Jaguar can't have been that expensive. But they had to keep reusing the footage because it was so expensive, which frankly looks a bit cheap. Even compared to this single episode of a children's show.

The mechanics are fascinating. Personally I wouldn't feel ok to drop into boxes like he does. The most surprising bit to me was that he had to be nil by mouth for several hours before his stunts in case it went wrong and he could go straight into an anaesthetic without waiting. Gulp.

The show is short and snappy and holds attention. I have no criticism.

If you would like to support me and this blog you can buy me a coffee (or a box set) here .