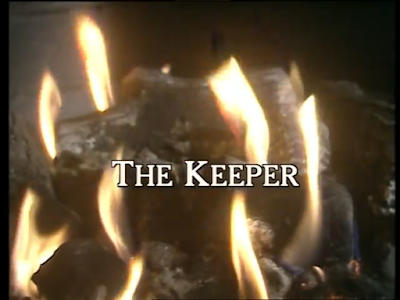 Let me get an off-topic comment out of the way first. It has been in the news this weekend that Britain has turned away refugees fleeing the war in Ukraine. I would like to say that this is deeply shaming and a terrible indictment of what this country has become. I can only say on behalf of all British citizens of good will how very ashamed and sorry we are at this. If you are resident here or a British citizen you can write to your MP to protest this absolute disgrace (you can find who to write to here).

One of the things I wasn't expecting to gain from this ramble through odd episodes of shows was a discovery about the show Dramarama. Anyone who has been around in the cult TV world will have seen the boxed sets from Network, and I'd rather assumed the box sets were it. Unbeknown to me Dramarama was a joint production by all of the ITV franchises together and the boxed sets are only the shows produced by Thames TV. Some of the others are out on the internet, and - you guessed it -  this will remain a fragmented series because some of the shows were made by TVS and so will never be released because of the loss of any documentation proving who owns what. The more I repeat this last sentence the more I think that if these shows were likely to be wildly successful they would be worth the commercial risk of going through a process to release them and then deal with any disputes, but the shows' likely small audience would also prevent the risk of issuing these shows.

This is part of the first series of the show, which was called Spooky as a subtitle to the Dramarama banner, and was written by Alan Garner. Frankly this name should be enough to indicate what this show is like, since he is known as a prolific writer of stories with supernatural, or just plain edgy, themes. Here we have two ghost hunters investigating an abandoned cottage.

If I say that not a great deal happens, that would not be an accurate representation of this show: it would be more accurate to say that a lot of subtle things happen which make it bloody terrifying. Even the camera angles are used in a way to suggest that we are watching the investigators through the eyes of Something. The history given carefully builds up the fear. This is some freaky TV.

Reading around before writing this I see that a possible criticism is that it isn't clear what happens at the end. Personally I took that as being the point, and don't think Garner was a man to spoonfeed his readers or viewers when he could let their minds fill in the gaps and scare them witless!

This is on the internet and is also on the relevant Dramarama Spooky disc from Network. It isn't on their site but is available from many other vendors.