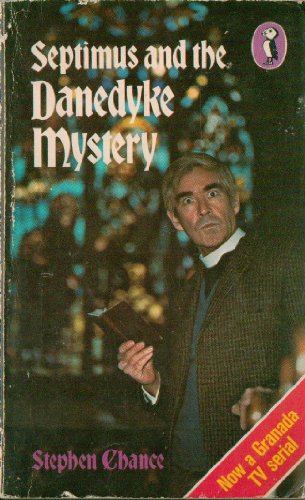 One of the things which is now driving my trek through these orphaned episodes is the (probably vain) hope that I may contribute to awareness of these shows and this awareness may result in some of them being restored and commercially released. This is especially the case for this show which must still exist - I say that because this episode is both loose on the internet at the time of writing and is also available without the rest of its series on this compilation disc. This might be the only one which is actually available!

The reason I would love this one to be released is although I don't remember seeing it when broadcast in the seventies it is something I would dearly love to watch. It's about Rev Septimus Treloar who was a CID officer and gave it up to become a vicar (or actually rector, since this show gets the address right). It is a dramatisation of the first in a series of children's books by Stephen Chance. In this one Treloar investigates a break in to the church and persuades people that the intruder was a human and not a ghost as is apparently widely thought.

I don't really have much to say except that this is quality television, with a depth of characterisation and plotting which means it is streets ahead of a lot of children's TV and can be watched by adults with enjoyment. We see a number of the people who live in the parish and these people are used as soundboards in discussion with the rector to reveal the rector's thoughts. It of course also sets up suspects and so many of these people are great characters.

This is intelligent TV for kids but suitable for adults as well and I just wish I could see the whole series.