The Avengers: Invasion of the Earthmen 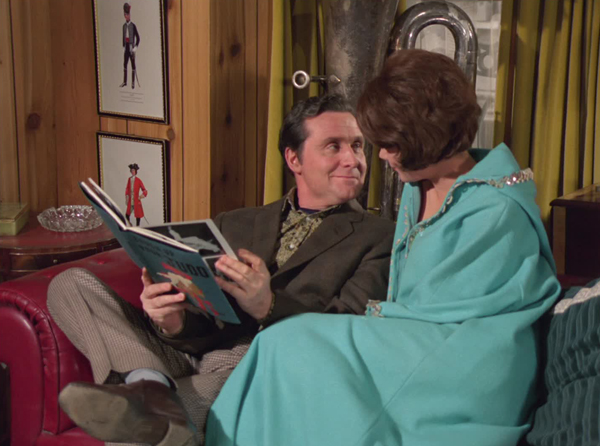 Oh dear, this Avengers doesn't half get a hammering on the internet. For example Grant Goggins says,

'This story is a complete turkey.'

'It’s an interesting episode to watch and quite absorbing just as a curiosity, if you watch it with suitable detachment. But it doesn’t fit, production values are very low, and it’s certainly not a return to ‘realism’.'

And for the most damning, David K Smith says,

'Doubtless one of the worst classic Avengers episodes of all time.'

Given the total train wreck everyone else considers this adventure, it will surely come as no surprise that it is one of my favourites. Don't get me wrong, it has incredible shortcomings so let's get them out of the way first.

The temporary change of director means that there are elements more reminiscent of other shows here. Star Trek for example. I do see that. There are also elements of incredibly bad sci-fi movies. In fact I wouldn't be surprised if parodying them was in mind at the time. 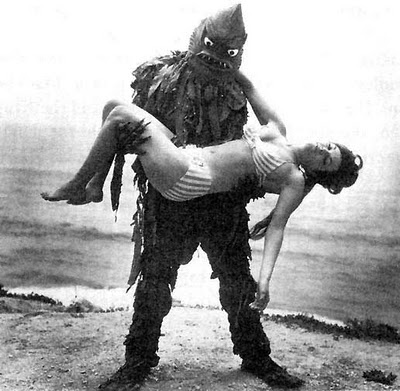 There is a further weakness, which is that it was made soon after Mrs Peel left, and virtually every review comments that the relationship between Miss King and Steed isn't really solidified. I suspect that that may be one of the reasons people find this one unpleasant - there are many remnants left of the sexual tension between Steed and Mrs Peel, and also hints of the mentor and student relationship which it would settle into as the series went on. This combination is incredibly uncomfortable in itself. It is very clear that they weren't quite sure where to take it. The hints of sex are not outside the bounds of possibility - it isn't that unusual for a couple to have such an age gap.

And yet... I have always resisted the idea that Steed and Mrs Peel were actually at it. I have always seen their sexual tension as something acknowledged by each but never acted on. Mrs Peel was of course a talented amateur, and a sexual tension with Miss King would make Steed unprofessional as well as possibly a dirty old man, depending on how you look at it.

So far so pedestrian, but where the show excels is in overdoing the kitsch. In terms of the unreality the Avengers specialised in, this pushes unreality to the extreme and a bit further. The school and tunnel are obviously not intended to be real, and yet are cleverly juxtaposed with realistic shots of the hotel and others.

The sheer amount of unreality suggests that that is the element which is foremost and that is what makes me wonder whether this was at least in part a conscious parody of the sci-fi of the previous couple of decades. I haven't come across this explicitly stated in any interviews so we will never know for sure. Even if not intended I think sci-fi parody may still be the best lens through which to view it.

The spaceman alone. Seriously, it is funny and not scary! The best comparison I can think of is The Beach Girls and the Monster (1965). This film is notable for making it on to IMDB's list of worst films of all time, and the titular monster (pictured right) has a similar effect of being funny rather than scary. Exactly the same effect.

I particularly love the design of the school and of the tunnel. That green and purple colour scheme should be a crime against good taste - imagine coming back to that with a hangover! And the tunnel is so wonderful - I love the fibreglass rocks. I love the effort one actor puts into picking one up! The uniforms for the school are usually interpreted as being inspired by Star Trek. I wonder whether British fascists of an earlier decade were also an inspiration, although of course their pullovers were black.

In the visual language of the Avengers this is one of those episodes where the great and the good become diabolical masterminds. The internal modernism of the secret parts of the school is contrasted with the external appearance of the school and also with the hotel. What could be more British establishment than a private school - they produced generations of Our Sort of Person, or rather Steed's sort of person.

My only real disappointment is to find that the actors playing the pupils of Alpha Academy don't seem to have been identified. I had a feeling that some of them would have gone on to great things!

So to summarize - you may well find this episode is total dross but I think it repays sympathetic viewing.