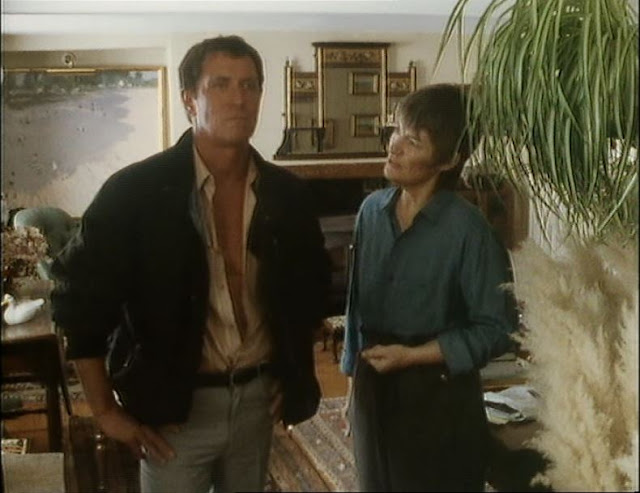 Another series I can't believe it's taken me this long to write about. I must begin by being frank about the fact that Bergerac was a favourite show of mine in my teens - I even fantasised about living on Jersey 'when I grow up'. The irony is that now I am grown up I actually could live there, because I belong to a profession which is granted residence without the usual requirement that you pay at £125,000 sterling in tax every year, and wouldn't want to because I loathe the sort of people who pay that sort of tax.
This episode is largely about a financial fiddle - it isn't enough being fabulously wealthy, but the fabulously wealthy like finding ways of contributing as little as possible and so like to have their assets hidden away. In this case on Sark, another of the Channel Islands and with notably eccentric laws: I see that feudalism was only abolished in 2008 in the island's first election!
Perhaps I have given a rather negative impression, and would not want anyone to think that Bergerac is not a complete joy. There is literally something in it for everyone: beautiful scenery, detection, rich people, Bergerac's train wreck of a love life. What is not to love? I particularly love Terence Alexander as Bergerac's ex-father-in-law, with the cigar permanently in his hand. 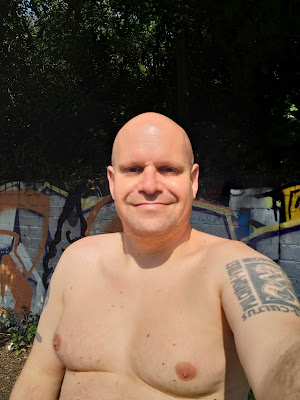 This is a series 6 episode, first broadcast in 1988, and this provides another of its joys. Surely rich people and the 1980s are inseparably connected? Bergerac provides a veritable feast of 1980s reminiscence, and this episode is no exception. One of the best things is seeing the latest computers of the time: the boxes they sit in don't look wildly odd but it is when they operate it all looks so ancient. Especially as the equipment is being used in this one by the police to solve crime.
As always writing these witterings leads me to new information about these shows and I have discovered that the setting for the fictional Bureau des Etrangers (Our Sort of People don't commit vulgar crimes) for which Bergerac works, was the notorious former children's home Haute de la Garenne. Its history of abuse hit the press in the early noughties, once again illustrating that apparent idylls may not be what they seem.
I actually find I don't want to say too much because I don't want to give the plot away in case anyone hasn't seen it. And that is my criticism: it's a bit obvious who is the most masterful personality amongst the cast. I didn't think of it at the time, but much like Sean Connery, John Nettles has played all his parts with the same accent. He's from Cornwall and while Bergerac is supposed to be from Jersey he doesn't sound like it.
I haven't been posting much here recently, because of yet another life complication. Until this week we have been having wonderful weather and so I got out on the canal bank for my hour's exercise last weekend. The photo is a social distancing version and thus a selfie.
80s TV