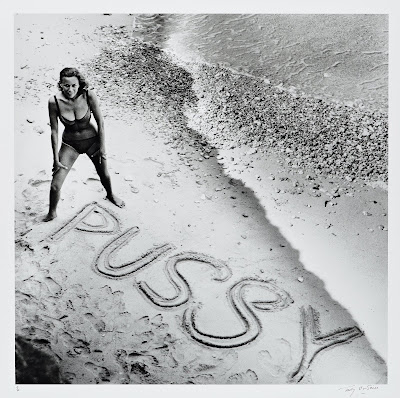 Why haven't I thought of this similarity before? As I write this I am watching Never Say Never Again, and while fans will know some don't even think of this as a real Bond film, I have a weakness for the unloved and orphaned.
I see from t'internet that the first Bond novel by Ian Fleming was published in 1953 - although push that back to the middle of the forties if you believe that Fleming plagiarised Bond from another writer. The first film was in 1962, although again there was a Bond episode broadcast in the 1950s US TV show Climax! I am not convinced that UK scriptwriters on The Avengers would have been that likely to have seen that show, but of course you never know. The first Avengers episode was broadcast in 1961. In novel terms Bond has the head start but The Avengers was broadcast in the UK before the first Bond film.
This  page has a list of real people who could possibly have contributed to Bond's personally - I had no idea there were so many! But one thing will strike The Avengers fan - they are all out of the same stable (ha) as John Steed, the upper-middle or upper-class spies of the middle of the twentieth century. I suspect that spies would have had to be able to be gentlemen, so this is not really surprising.
My own opinion is that Steed (particularly the more louche early Steed) bears striking similarities to Bond. So let's think of some  Steed is a thorn in his bosses' side - simply by being the best but being unmanageable at the same time. He drinks like a fish, and while it's champagne, he has the same luxury taste as Bond. He can come across as louche, and we will all remember periodic comments in the show to the effect that he's a layabout. Above all Steed is a ladies' man, and will flirt with virtually any woman. Both use humour in situations really not calling for it. Finally the main similarity is I think both men would not be kept on as spies, because their faces wouldn't fit.
And then of course we have the girls, where a difference must be acknowledged, because there is no doubt that Bond slept his way around the world: while Steed might have liked to, and his flirtatiousness and the outrageous sexiness of the show for the time is undeniable, much of the chemistry of Steed and the Avengers girls comes from the fact that nothing sexual ever really happens. Despite the many writers of slash fiction who wish it would. I feel that Steed's gentleman nature is subtly different from Bond's - you could think that Bond was a cad, but never Steed. Incidentally I have read that Fleming really wanted David Niven to play Bond, which would make Fleming's own picture of Bond far closer to the Steed character.
The character crossover is of course continued by the tendency of Avengers girls to go off and become Bond girls, a process which reached its apotheosis (obviously I like the film, you would probably call it the nadir if you don't) in the 1990s Avengers film, when Bond, sorry, Connery, played Sir August de Winter, to dramatic effect. 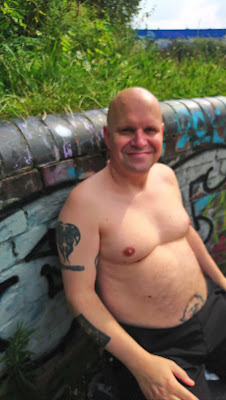 The other show which is always mentioned in the same breath as Bond when it comes to TV, is The Man from UNCLE. Personally I think this similarity works best with the gadgets, of which there is a striking lack in The Avengers  It doesn't work as well with the sexual side of Bond - while UNCLE is a mixed organisation the men who are our heroes don't really have sexual conquests as a motivation. Actually Napoleon Solo might have, but Kuryakin's staidness brings him back to earth.
The other show is Get Smart, and I find it difficult to see a similarity there, Get Smart being too much of a spoof of the craze for all things espionage at the time. Which brings me nicely round to a conclusion, because while I think there are striking similarities between Steed and Bond, it is difficult to detect a direct influence but it is true to say that there was a huge fad for anything to do with espionage at the time, and it is that fad being parodied in Get Smart, in The Man from UNCLE, and the parody takes more and more acid as the sixties wear on.
Anthony Clarke has already said what I want to say, helpfully illustrated with a picture of Steed and Mrs Peel on the BFI website:

The 1960s witnessed a number of events that helped change the face of the industrialised world. These included deepening East/West tensions, an explosion in international travel, the growth of military technology and the establishment of a global communications network. Combined, these helped create the conditions for a worldwide spy craze.
The modern popularity of the secret agent began with the first James Bond film, Dr No (1962), but growing Cold War tensions and the accompanying shadowy propaganda further fuelled the public's appetite for espionage. TV was quickly teeming with globe-trotting government spies and hard-bitten private eyes. The US contribution tended to focus on the former - The Man from UNCLE, I Spy and the humourous Get Smart - while the UK concentrated on the latter category.
Most of the UK's undercover operatives were created by ITC, Lew Grade's independent production company. These included a disgraced CIA agent - Man in a Suitcase (ITV, 1967-68) - a private investigator and his ghostly partner - Randall and Hopkirk (Deceased) (ITV, 1969-70) - a crime writer who helped out Interpol - Department S (ITV, 1969-70) - and NATO agent John Drake - Danger Man (ITV, 1961-67).
The decade's top rank of British detective talent was represented by two series, The Avengers (ITV, 1960-69) and The Saint (ITV, 1962-69). The debonair John Steed and his fighting female sidekicks, and international playboy Simon Templar came to epitomise a peculiarly 1960s' vision of Britishness. But not every '60s British private eye enjoyed the high life.
The brutal government agent Callan (ITV, 1967-72) and the down-at-heel private detective Frank Marker in Public Eye (ITV, 1965-75) lived a more grubby existence at the fringes of society, where morality is flexible and right and wrong are commodities. Interestingly, both these shows survived into the 1970s, a decade that was anything but swinging.

In my tradition of including pictures of myself in the summer, here's another one today. I was going to say that in Never Say Never Again Connery is running to moobs a bit, and that he looks like me, but I think I look more like Busty O'Toole!
60s TV Me The Avengers The Man from UNCLE Topless on TV