Crossing the Atlantic with the X-Files, The Avengers and Some Other Region 1 Matters 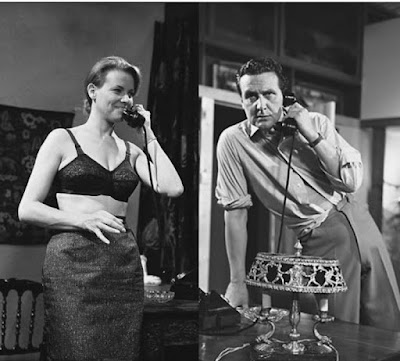 I have passed up writing about the X-Files episode where all the animals get pregnant without having had intercourse and Mulder explains to the zoo keeper that obviously they have been abducted by aliens. For some reason she is doubtful about this explanation so they ask the gorilla who conveniently knows 100 words in American Sign Language, which it turns out are enough to give a convincing description of being abducted. Oh, and perhaps I should say that the zoo keeper seems to have left professional boundaries far enough behind to become really quite enmeshed with the gorilla in question. Nonetheless this post is about several transatlantic matters.
Some time ago I bought a nearly new laptop. It's a Dell which flips over  to make  a  tablet, and the only thing I don't like about it is the sticky keyboard but I won't be using that. For someone with joint problems it actually turns out to be perfect because obviously I can type using the onscreen keyboard. It has windows 10, which a friend tried to warn me off, but I quite like. I just didn't realise that it wouldn't have software which would play DVDs so I've installed VLC media player for free. The upshot is, with an external DVD player I already had, is I can now play region 1 DVDs.
The one I experimented with was an odd disc from a box set of Flipper that I found in a charity shop. I may still post about this show but I am not sure it's really something I like. Wild animals and me have never really got on. I also thought I'd seen it, so was surprised to find it was new to me. It was some time before I realised that the theme tune I had in my head went, 'Flipper the bush kangaroo', so I was confusing a different show and a different part of the world!
Now that I can play region 1 I have bought a film starring Jon Pertwee called Murder at the Windmill (released in the US as Murder at the Burlesque). I suspect it would have been very racy when first released but is no doubt tame now. Incidentally amazon UK have the monumental cheek to be charging £34 for it, so I have bought the same disc from US Amazon and even with postage it translated to less than £11.
I was interested to read on Grant Goggins's blog that apparently the reason some of the series 5 Avengers episodes are rather less fantastic than others is because US TV asked them to be made that way. He also references Mitchell Hadley posting about a critic of the time bemoaning. the unreality of these shows. I think Mitchell has it bang on, that the Avengers always take it seriously. Batman never did and the men from UNCLE took it seriously to start with and then wobbled.
Another American Avengers thing I have only just discovered is a collection of pirated VHS coversfrom the eighties. Yes they're right that some of them are bloody terrible but you can't criticise the pirates' salesmanship because the covers are clearly designed to loud pedal the sexiness of the show! I don't remember seeing Honor Blackman in bra and pants in Death of a Great Dane!