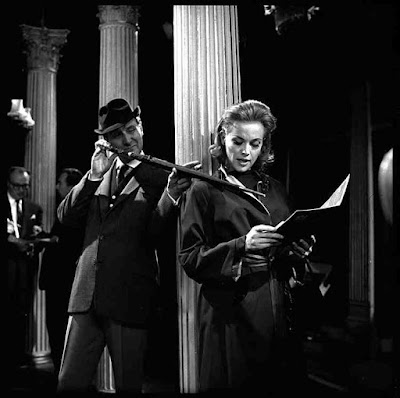 Yes, I know I'm coming to this incredibly late, but I feel the need to give an opinion.
Some years ago when I started watching all the way through the remaining Avengers episodes I bought the series box sets released by Optimum Home Entertainment (the ones released as whole series in boxes with swirly patterns). These are of course the definitive releases and you can get them in a whole box set with loads of extras. The extras include PDFs of the scripts, commentaries, galleries of production stills, and so on. The shows have been cleaned up within an inch of their lives. These are without a doubt the definitive releases.
There are just a few failings with them. The major one of course is the complete absence of subtitles. And there is another one which I do see mentioned on the internet reviews, which is that the way the discs are stored in the complete set makes them difficult to take out and return without damaging them. I have found that with my individual series box sets: for some reason the spiky things holding the discs in break off. I look after my stuff and this has happened under normal wear and tear.
Then this week I found myself unable to resist buying one of the releases by Contender. I wanted to see if it was any different, but haven’t yet opened one of these up or seen what they're like. First impressions were good, that the set seem robust and the boxes holding the discs seem strong.
There is a subtle difference in how the episodes look on this set. I find myself referring repeatedly here to the colours of these old TV shows. Yes, the optimum releases are as cleaned up as they're ever going to be but the Contender discs remind me more of what the Avengers looked like when I originally saw them on Channel 4. I wouldn't like to commit myself too much but I have a feeling that that is more like the colour palette they would have had originally.
The Contender releases of course lack the PDF extras, commentaries and reconstructed episodes. Instead, you get subtitles and the opportunity to watch The Avengers in French!
I'm afraid that my conclusion has to be that both sets offer different things. Obviously if you need subtitles the decision is made for you. Personally I prefer the colours and more robust packaging of the Contender sets, but prefer the extras of the Optimum sets. Oh dear, I can picture a lot of money being spent again by yours truly...
60s TV The Avengers