The Avengers Series 1: Brought to Book 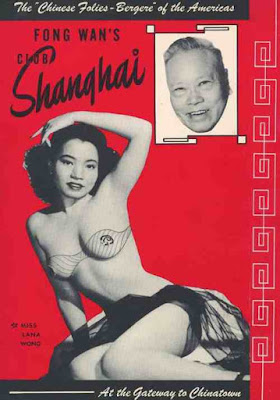 This is, of course, one of the series 1 Avengers episodes which have been recorded in audio form by Big Finish. SInce I bought that first release I do have that audio version to listen to as well as the synopsis in The Strange Case of The Missing Episodes. Let my initial criticisms of the Big Finish versions be considered as read at the start of this - I maintain that the TV scripts needed more adaptation to audio form - since I want to concentrate on the actual show in this series of posts. Suffice to say that I am finding the Big Finish audio much more understandable combined with the descriptions of events and scenes in the book.
This episode, only the second in the first series, brings to the fore Dr Keel's pain and feeling of mission to be an avenger after the murder of his fiancee. In a very real sense, the rest of The Avengers makes no sense without the events of these first two episodes, even if the series progressed beyond Dr Keel's very personal trauma. In Brought to Book we see the demimondaine London I posted about in my last post, and also how this relates to Keel's personal interest, which is surely a very small part of the jigsaw. I feel that this is an element which is genuinely different from later series of The Avengers, where the matter to be avenged became subsumed into a world of English eccentrics but within a Cold War context.
There is no hiding the simple fact that in this episode Steed once again uses Keel, pressing his buttons as it were, to involve him in this gang warfare. Naturally there are always risks involved in Steed's line of work, and no doubt Steed's superiors would have been in a position to pull strings if anything had gone wrong for Keel, but nonetheless it seems to me that Keel has a lot more to lose than Steed. Naturally this reflection merely serves to highlight that Keel probably felt he had already lost just about everything that mattered and had to focus on the one thing necessary to avenge the situation. Nonetheless this seems an extraordinarily insensitive time to make use of Keel; tactically it also feel like it wouldn't be a good idea to make use of someone with such a personal involvement in the matter at hand. Not only was the 1960s still the age of the amateur, but it seems to me that it was the age of the over-involved amateur!
Once again I love the impression of Steed as dirty old man, appreciatively eyeing up Carol the receptionist and making a lascivious comment on how he can now see she is not plain because his eyesight is improved! My own feeling is that he continues to give this impression through series 2 at times, but probably the closest he gets to Steed as dirty old man in the later series is when he smacks a nurse's bottom in Split! Naturally as he moved into the more fatherly figure to Tara King it would have been incongruous. Nonethless in contrast to the focussed figure of Keel, I feel there are intimations of the later Steed in the lightness of his tone and the way he is almost flippant.
I have been rewatching (for the first time in many years) the Charlie Chan movies, and while they were considered a counterblast to the 'yellow peril' thinking of the time, nowadays listening to them in Chinatown seems like an incredible faux pas, as does the phone call in this piece from the very obviously 'Oliental' woman. Still, O tempora, o mores. This is, however, probably the thing which most gives an old-fashioned impression about this episode; the rest of the episode is probably easily translatable into the present day.
My conclusion about this series 1 Avengers episode is that it is certainly not a dud, as rumour had it for many years the series 1 episodes were. It develops much of the point for the original Avengers, in Dr Keel's personal bereavement and subsequent need to be avenged. It also shows Steed in his earliest form. It therefore provides a good grounding in the origins of the series and the direction it was originally intended to take.
Image credit (which see for more information on Chinese nightclubs): http://www.gastronomica.org/late-night-lions-den-chinese-restaurant-nightclubs-1940s-san-francisco/
60s TV The Avengers