Apartheid in The Prisoner: It's Your Funeral 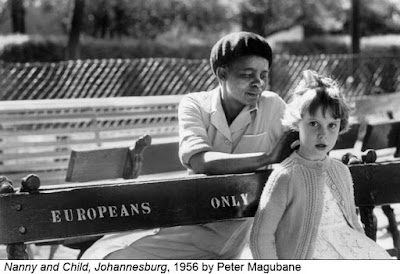 In so many ways, this episode is a no-brainer when looking for possible allusions to South African apartheid. The level of surveillance in The Village rivals anything Botha's government could later have thought up. The laying of traps using the sophisticated methods of corrupt medicine. The use of technology to monitor events. The activities of the 'jammers' are not dissimilar to the method of keeping your opponent busy which I delineated in my last post in this series.

But what particularly catches my interest in this episode is the activities prognosis on Number 6. Even though he is usually portrayed as the most discontented inhabitant of The Village, it is interesting how much – unless intended to lull his captors into a false sense of security while he is gaining intelligence – his daily life in The Village is a routine of simple leisure and relaxation. In fact that would seem to be the routine of every inhabitant for the purpose of this episode, although such things as domestic work and maintaining the grounds are shown in other episodes. In fact the reason this is the aspect which most resonates with apartheid for me, is that it has such strong echoes of the leisured, affluent life lived by the white minority in South Africa. Despite the slight change in economic power towards some of the black population, this is actually still largely the case, only now the affluent whites' privilege is buttressed by money rather than apartheid.
Under apartheid whites living in South Africa – even poorer white people – were virtually guaranteed a secure, prosperous life, and part of this was the amount of work done by blacks for whites. This caused the volume of leisure time enjoyed by white people, exactly the kind of life shown in the activity prognosis in this episode of The Prisoner. Just as the fact that the whites in South Africa constituted the electorate on their own and naturally had strong incentives to maintain the status quo, no wonder that the majority of the inhabitants of The Village settles down to their sedate, leisured life, because it affords one of the main aims of human life. Even the malcontents are clearly identified and eventually just ignored: jamming is the process of keeping your opponent busy and in a society where the authorities don't really have to account for anything, they can just ignore the threat. This is jamming gone wrong.
Into this sedate world comes an apparent assassination threat. Again it is interesting how exactly this mirrors the tactics of successive apartheid governments – when comfort alone isn't enough to keep the electorate voting for you, there is no harm in introducing a terror threat. Of course it helps if there is ongoing unrest among the malcontents/non-white population, which can be loud pedalled to create a perceived threat. In this case, this process is actually turned round on Number 6: in fact the process is almost exactly the same as 'jamming' only turned round to be used by Number 2 on Number 6. The tactic is then turned around again, so that Number 6's warning is manipulated to discredit him. In the faked films of his warning successive Number 2s, none of whom have appeared in the show before, history is created to make Number 6 believe what the authorities want him to believe.
The sheer power in this technique is shown by the simple fact that Number 6, surely one of the least credulous men one could ever want to meet, falls for it completely. In fast succession to this, Number 2 wants this investigated, and of course the records he asks for aren't there. Again a clear echo of the ethos of apartheid, where history is written as it goes along, a spin in placed on every event to make it conform to the required pattern, and ultimately everybody's head is spinning so much that nobody knows what the hell is going on. The effect of this episode on the viewer – which must surely include an element of confusion – is probably exactly how living under apartheid, in any racial classification, must have felt. It is impossible to know who is on what side in this episode, and although the 'goodies' in the form of Number 6, win, it is never apparent what is going to happen.
Just as under apartheid, in The Village this all takes place against the background of the pretence of democracy and forced appreciation by the people for the wise men who govern them. Once again, it only takes a few plants to start this so that everyone else will join in, using the power of crowd psychology.
Finally the introduction of terror is the most powerful means of manipulation. I don't mean on the part of those who are committing acts of terror, because it is usually rather counter-productive in that it makes people fear those who commit these acts. Politically it is therefore very useful is your opponent will resort to acts of terror, because it will force the populace to fear them, rather than do what they want. In fact it is very difficult to see how The Village could reasonably have continued if the plot to assassinate Number 2 had actually gone ahead, since the pretence would have gone completely. Of course that is a different in the South African situation, since when terror was resorted to the aim was actually to cause the destruction of the ruling regime.
Incidentally I like Derren Nesbitt very much as Number 2 – he makes an unusually eccentric one, and I particularly love the scene where he wears pyjamas and a dressing gown – almost the Noel Coward approach to being Number 2.
60s TV Apartheid in The Prisoner The Prisoner