The fear of the vintage TV fan, with specific reference to Arthur Haynes 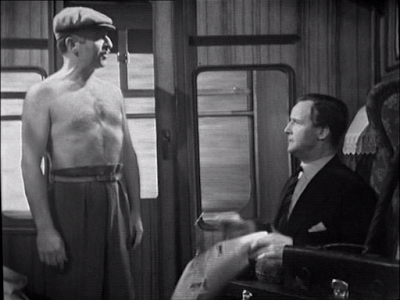 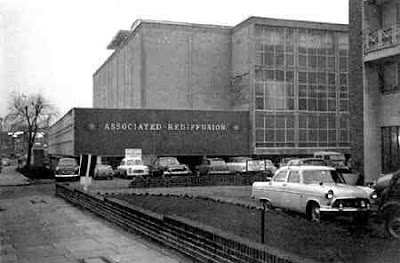 There is a fear or anxiety prevalent among those who love classic TV. I don't say cult TV as such, since if you are, say, a Whovian, the franchise is always going to be so strong that there will always be more. If your liking is for any particular genre of TV, then something else you like is bound to come along. No, this fear more affects the fans of classic TV, and is one of the reasons people flock to see newly discovered shows, and scan the 'wiped' news. And it is this: What if there is nothing good left to be discovered? I actually find myself feeling rather anxious at the very act of typing those words. I also get that feeling whenever I look on the Network website to see what they've released recently or look at the recommendations on Amazon. You see, the trouble is this: it's been a while since I've discovered a new show I've never seen. What if there aren't any more?

Now obviously I am a great fan of The Avengers, and I think one of the reasons I was so disappointed by the Big Finish productions of the lost series 1 episodes, was that they were like the echo from the past of a memory I would like to have and which I will likely never have. I'm probably sounding overly negative here, but I think given the way episodes of The Avengers are found (unexpectedly in Western countries) as opposed to how Dr Who episodes are found (by trawling through the archives of African TV stations, to which they were exported and which had less rigorous deleting policies), makes it much more likely to my mind that there remain undiscovered Whos out there. I wouldn't actually object to the lost Series 1 Avengers being remade, even with modern production values, but given my reaction to the Big Finish efforts, I'd probably be very difficult to please.
I have another problem – that I just don't like contemporary TV much. I also don't like contemporary film much. The reason for this isn't purely snobbery, but when you don't watch much 'live' TV, you become extra sensitive to the tricks it plays – you actually watch the adverts, question the journalism, think about it too closely. Similarly if you're accustomed to vintage TV shows, you become very sensitive to CGI, and it just looks wrong.
My usual mental cut-off point is at 1970. Perhaps I use this to describe the kind of TV I like, since it is plainly not right. My recent orgy of watching 70s TV shows which had me scampering back to the 60s must have managed to focus on a lot of duds. Just now I was watching The Professionals, a quality 1970s show which takes repetition, and which I keep meaning to blog about here. Other later shows which remain in my permanent collection include The Young Ones, Sapphire and Steel, Bottom, Spitting Image, and the X-Files, so in reality I don't cut off at 1970 at all. I think this may be rather the expression of a preference for a time in broadcasting, when everything was psychedelic colours and bizarre plots. The associated fear, of course, is that that moment in time has gone and in reality nothing made nowadays can compare for that reason alone.
Also I find I don't like everything before 1970 by any means. As I write this I am watching the first volume of the Network release of the Arthur Haynes show, which I had never heard of and bought on spec. The blurb on the box describes it as an unconsidered gem (or words to that effect). There is a reason for that, and I don't want to imply that I'm being overly critical, and of course it's rich coming from me, but it is fantastically old-fashioned. And not, to me, old-fashioned in an appealing way, but rather in a way that would probably have appealed to my mother, or even grandmother, as being more influenced by the Variety of the past. This show has brought home to me just how advanced shows such as The Avengers and Dangerman were, and also makes me realise that the forward-thinking, modern milieu of the 1960s was not universally popular. It is not a displeasing show if you like variety, but it is not something I feel inclined to watch again.
I sigh at this point, and wonder where my viewing will go from here. I've actually just ordered series 1 of Spitting Image, and the 1940s film of Busman's Honeymoon, but I don't really have any 'must haves' in the TV box set world at the moment, nor do many of Amazon's recommendations get my heart aflutter. No need to worry as far as this blog is concerned, however, I still have some series I haven't blogged about at all, and some planned posts on series I've already touched on. Perhaps that will be the way ahead – continue to watch my classics, and think and write about them in different ways.