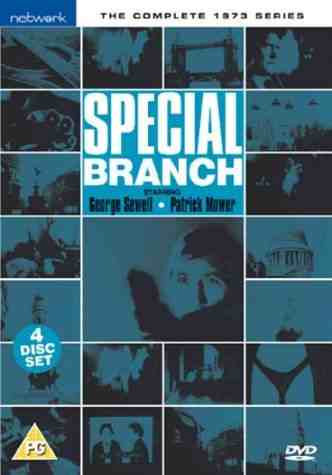 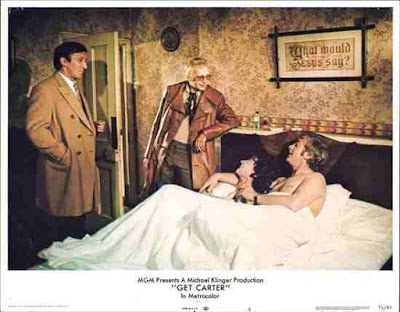 While I was reading around the show on the internet, stills from Get Carter (because it shares George Sewell with Special Branch) kept appearing. I was ashamed to say I had never seen this film, but on reading about it I bought that too today, since it sounded like it was in a very similar milieu to Special Branch. It has merely reminded me of why I prefer TV to film: it seems to me that the plot of Get Carter could very well be squeezed into a single episode of a TV show. I'd also forgotten how much Michael Caine irritates me, and in fact I knew I wasn't going to get on well with the film as soon as her opened his mouth. If he doesn't have that completely subjective effect on you, and you want a gritty film set in Britain's 1970s underworld, then go for it.
My fears that there will be nothing left have been further assuaged by reading about the show Target. I have never seen that one, but if it is every released in an official way I want to see it. Also today I bought the box set of 'orphaned' episodes of Dr Who series, which I have been seeing around for ages, and finally went to. I am not in a position to write too much about it yet, but it has given me some reassurance that all is not lost for the vintage TV fan. In fact all I need to do for that reassurance is look at my own collection of DVDs.
60s jobbing actors 70s TV Doctor Who