The X-Files: My Umpteenth Impressions 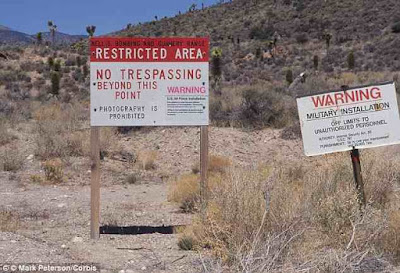 I have got to the point where I have finished decorating my new living room, bedroom and the ceiling of the hall. I have a week's annual leave and I'm going to use it constructively in watching The X-Files from beginning to (as near as I can get) the end. I actually can't believe I have had this blog for so long and not written about a single show in this series; naturally the reason is the obvious one that I have been away from the show for some time. It has personal associations for me, which are of moment if not even traumatic. The show was the background viewing to a very difficult period of my life in my twenties, and were also the obsessive comfort viewing of my first episode of depression. A period of not watching them has made me come to them with fresh eyes.
This fresh view is mostly caused by my more recent viewing of the older, mostly British, more classic cult TV that I write about here. I have been more influenced by the mindset of those shows than I used to be. I am particularly struck that the X-Files now seems to me almost a direct descendant of some of the major themes explored in those older shows. The TV shows of the 1960s frequently had an ambivalent attitude to modern technology, in which technology is both the great white hope of the future and a danger that can be unleashed at the slightest thing. This fear comes to its logical conclusion in the X-Files, where of course the biggest danger is alien technology, although there is more than enough room for a few megalomaniac computer scientists on the way. The 1960s shows contrast tradition with modernity, perhaps best illustrated by the visual language used in The Avengers: it is never completely clear-cut but broadly speaking British tradition (leather armchairs, family seats, noble families) are contrasted with modernity (go-ahead scientists and revolutionaries). In the case of The Avengers the ambivalent approach to technology extends to this dialectic of tradition and modernity, so that some of the baddies are old families gone wrong, while Mrs Peel, for example, is a sort of polymath embodying the resources of salvation found in modern technology.
In the X-Files this tradition/modernity conflict translates into an American context. I used to think of 'the American dream' as being a distinct subset of the episodes, where an archetypally American scene is shown to be in some way rotten to the core. Re-watching them, I feel there is a very real sense in which all of the X-Files episodes are about the American dream gone terribly wrong. Tradition is embodied by the American government, and all subsidiary authorities. The lifestyle guaranteed in this land is threatened by on the one hand alien invasion, but on the other hand is shown up to be fake at every step of the way. The very bodies which are supposed to protect the American people are rotten to the core, and it is apparent that there are lies within lies, deals within deals, and it is almost impossible to know who is who. This situation really is the intelligence milieu of The Avengers written huge, placing the show in a quite different televisual tradition than the sci-fi/conspiracy milieu it normally falls into.
And how old fashioned it looks! It is hard to believe I was watching the first UK broadcasts of this show twenty years ago. It strikes me (I'm working through series 1) how 1980s the hair and clothes look. Big hair. What look suspiciously like shoulder pads. You name it. To UK eyes (I really don't know how this would read to an American) the very obvious prosperity would look like a TV show set in the 1980s. The technology looks even more old-fashioned. The netbook on which I'm writing this post is old, but still makes the computers in the show look like BBC Micros. The phones are huge. This rewatching is reminding me of the historical truth that anything set in a particular time becomes purely of that time.
The X-Files, of course, is the victim of its own successful aim for realism. The reason The Avengers doesn't seem old-fashioned fifty years later (although the interior of 3 Stable Mews hasn't worn well) is that it is consciously unreal. The world of that TV show never existed and never will. The X-Files aimed more to set the viewer up for an expectation that the events depicted could be real, and as such has ended up preserved in 1990s aspic. This is not a criticism, it is merely a statement of my impression on this reviewing.
I actually quite seriously can't wait to get to the rest of the series!
The X-Files