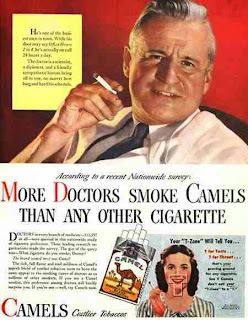 I have been prompted to write about Hot Snow by two things recently: one was the appearance of Ingrid Hafner in The Clifton House Mystery, and the other is that I have been watching Undermind, another show from the ABC stable. I love the first three series of The Avengers in their own particular way, in a way quite different from that in which (posh grammar) I love the last three series. In fact, for me it is a relief to be back in the early-to-mid-sixties after my lengthy excursion into the seventies, although I can't quite put my finger on what the difference is. I've mentally pinned it on to the live vs recorded difference, but it may not be that.
Certainly Hot Snow has a good go at being about as gritty as you can get. In the televisual language later perfected in The Avengers, if you were to see Dr Tredding's home and surgery set-up, it would equate to a solid character at the heart of the community. The house is neither modern nor trying to impress with upper-class privilege. However, of course I am reading it through the lens of the later series.
The major difference is that Steed is not the lead, of course. This dialogue from the third act, which does not survive, highlights the deliberately ambivalent impression he would have given to the viewer:
A little later, Steed telephones Keel from the gang's flat.
STEED: Hello, Dr Keel. Do you recognise the voice?
KEEL: Yes.
STEED: Now listen carefully. I haven't got much time. They want to get
you. I told them I can persuade you to re-enact what happened
to your fiancée. I explained to them that you would think you
were following up the trail that would lead to her killer.
KEEL: Where do I meet him?
STEED: Outside Vinsons. He'll force you into a car. You must get in.
Now, do you understand? You must get in. It's 11.45. Shall we
say in 30 minutes?
KEEL: I can just about make it, but...
Steed replaces the receiver.
KEEL: Hello?
The telephone line goes dead.
Steed turns directly to the gang, who have been listening in.
STEED: Everybody clear?
CHARLIE: The docks.
STEED: We'll pick him up at 12.15. By 1.15, he'll be floating out on the
tide.
(Richard McGinlay, Alan Hayes & Alys Hayes: The Strange Case of the Missing Episodes, Hidden Tiger Books, Electronic Edition, 2014, pp. 25-26)
I also realise something: I've been watching Hot Snow because I wanted to compare it with Undermind (which I can only describe as superb, but which richly deserves a post of its own), but I've been avoiding posting about it. I'm afraid of posting about it in case I later want to say something different about it: but I've decided just to go for it and I can always post again later. I also realise I've rarely watched what there is of it all the way through, even though I've watched other things on the disc repeatedly. I think there's a sense of dissatisfaction about Hot Snow. This may be adequately explained by it effectively ending one third of the way through. If I just didn't like the earlier Avengers at all it could be that, but I'm just not sure what about it gives me this sense of unease and desire to avoid it.
Because in so many ways it's perfect. Murray Melvin is perfect as the effete gangster. It even manages to presage the baddie-with-pet motif which I'm sure we would all associate with James Bond. I love that the fifty years which divide us from this show are long enough to make our world markedly different: one of my dissatisfactions with Mad Men was the self-conscious way in which the actors made a point of smoking. Here, it is taken for granted that doctors will smoke. It is not pointed. That is just what happened at that time. In wracking my brain for criticism, I've been forced to the old faithful that the scenery shakes in one place when Dr Tredding closes a door. In fact I'm forced to a conclusion: the sense of dis-ease here may be entirely deliberate. Given that this is the episode where Keel's fiancée is murdered in front of him and the villain is not captured (until the next episode), thereby setting his life in an entirely new course of Avenging rather than just medicining, it can only be deliberate that the viewer is left with a certain discomfort. And this is surely the hallmark of Stonking Good Television.
60s TV The Avengers